Presentation on theme: "Bill Rane was born in Bend Oregon on March 3rd 1927 but grew up a few"â€” Presentation transcript

1 BILL RANE BILL RANE (1927 - 2005) Bill
BILL RANE BILL RANE (1927 - 2005) Bill Rane was born in Bend, Oregon on March 3rd, 1927, but grew up a few hundred miles east in the remote and idyllic hills of Garden Valley, Idaho. As a boy, he gleamed he might become an artist but it was not until after serving in the US Navy during WW II that he began his studies in earnest. He first attended Boise Junior College, then San Francisco State College, and finally the University of California at Berkeley, studying art and literature at impression upon his artistic soul. From the late 1940's through the early 1950's, he was living, off and on, in Guatemala where he married a native Guatemalan and had three children. However, by the late 1950's, now divorced, he became part of the beatnik community in San Francisco and Sausalito. Painter, roustabout, and raconteur, he was a fixture in the early Sausalito Arts Festivals. In 1958 Bill remarried (for forty-seven years) and had, over time, five more children. The family traveled extensively throughout Mexico because Bill continued to be markets alive with flowers, textures, and colors. Stylistically, he also drew inspiration from other ancient cultures as well as the early modernists. Visitors to his studio could often be caught cocking an ear as they heard him refer to "the literature of paint" when describing his work. The phrase was an apt one for it revealed Bill as an avid reader with a boundless curiosity for the literature, arts, and myths of all cultures. He could just as easily delve into the Greek Classics or ancient Egyptian and Mayan mythology remaining resolute in forging his own unique style. As an important part of that process, he often demanded of himself the reworking of paintings over and over, typically painting with a heavy impasto as he layered oil pigments - sometimes to the point of building mounds of paint upon his canvases. He was constantly moving in the studio, weaving about his easel, dripping, dropping, and dashing brushstrokes. The process might appear both random and obsessive to the observer yet these strokes were assuredl soul were immersed in every piece. Thus, elements, both ancient and modern, provided inspiration for a large body of paintings that form his cosmic codex. The stylized female figure is likely a sylph. The pictograph may refer to an ancient myth. Other recurring subjects included goddesses, mythical animals, sea creatures, geese, pelicans, and pomegranates. Bill was also a writer, tracing his spiritual development in a poeticbildungsroman novel entit

Download - The PPT/PDF document "Bill Rane was born in Bend Oregon on March 3rd 1927 but grew up a few" is the property of its rightful owner. Permission is granted to download and print the materials on this web site for personal, non-commercial use only, and to display it on your personal computer provided you do not modify the materials and that you retain all copyright notices contained in the materials. By downloading content from our website, you accept the terms of this agreement. 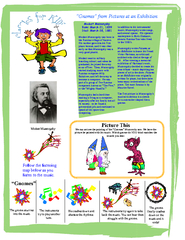 1971 First DJ mixer is designed for the Haven club by Alex Rosner, and - PDF Slides