dependent upon spore dispersal for reproduction than upon mycelial interactions with other individuals and their mycorrhizal partners. Longevity of individuals and populations is unknown in the litera Download

Download - The PPT/PDF document "California Status FactorsElcodeGOMPHUS KAUFFMANIIGcomnameKauffman's go" is the property of its rightful owner. Permission is granted to download and print the materials on this web site for personal, non-commercial use only, and to display it on your personal computer provided you do not modify the materials and that you retain all copyright notices contained in the materials. By downloading content from our website, you accept the terms of this agreement.

2 r LSOG forests. Incidental catastrophic
r LSOG forests. Incidental catastrophic events and/or human interference can compromise both tree and fungus. Current occurrences of GOKA are generally rare and unpredictable. Within the northern spotted region of California 4-5 known sites lie in currently protected reserves. The species is inferred to be relatively stable over the short term.Threats D = Moderate, non-imminent threat. Threat is moderate to severe but not imminent for a significant portion of the population, occurrences, or area.CommentsGOKA is thought to occur more frequently in LSOG than in younger forests, but this inference has not been statistically demonstrated, due to the lack of insufficient data. It is thought to associate mycorrhizally with Abies and Tsuga. Whatever threatens its habitat and symbiotic partners will threaten GOKA. All populations are at risk to incidental catastrophic events (wildfire) and unmonitored human interference. Unprotected populations are at risk to road construction or other development, and heavy logging (i.e. clean/or clearcutting or heavy thinning). (Norvell pers comm 2002).Number of Appropriately Protected and Managed OccurrencesB = Few (1-3) occurrences appropriately protected and managedC = Several (4-12) occurrences appropriately protected and managedCommentsISMS-ONH (2002) cites 4-5 sites as occurring within protected reserves, including 3 in permanently protected reserves, 1 in late-successional reserves, and 1 either in riparians reserves or in the unprotected matrix. Dreisbach et al (2002) note that of the 4-5 sites in reserves, at least 2 were prior to 1996 and may not be extant.Intrinsic VulnerabilityA = Highly Vulnerable. Species is slow to mature, reproduces infrequently, and/or has low fecundity such that populations are very slow ( 20 years or 5 generations) to recover from decreases in abundance; or species has low dispersal capability such that extirpated populations are unlikely to become reestablished through natural recolonization (unaided by humans). Ecological community occurrences are highly susceptible to changes in composition and structure that rarely if ever are reversed through natural processes even over substantial time periods ( 100 years).B = Moderately Vulnerable. Species exhibits moderate age of maturity, frequency of reproduction, and/or fecundity such that populations generally tend to recover from decreases in abundance over a period of several years (on the order of 5-20 years or 2-5 generations); or species has moderate dispersal capability such that extirpated populations generally become reestablished through natural recolonization (unaided by humans). Ecological community occurrences may be susceptible to changes in composition and structure but tend to recover thr

3 ough natural processes given reasonable
ough natural processes given reasonable time (10-100 years).CommentsEctomycorrhizal fungal health is linked to that of the symbiotic partner (here Abies or Tsuga). GOKA is thought to be long-lived, and relatively slow-growing, implying that climax communities occur in older stands. (REFS). GOKA is vulnerable to anything that threatens the forest habitat, including incidental natural catastrophes (hot fires), road construction,development, and heavy logging activities.Environmental SpecificityB = Narrow. Specialist or community with key requirements common.CommentsGOKA was historically collected from LSOG coniferous forests where it forms symbiotic partnerships with Abies, Tsuga, or possibly Pseudotsuga spp. It has an unpredictable occurrence and its precise biological and ecological requirements are unknown. In eastern states it fruits in the summer and in the west it produces in the late autumn and early winter producing large solitary to clustered fruitbodies. It fruits sporadically and generally not annually. (Norvell pers comm).Other Considerations A synonym of Gomphus kauffmanii is Cantharellus kauffmanii Smith in Smith & Morse 1947. Mycologia 39: 516. While more sites may be located during fungal surveys, the strikingly large size of the fruitbody should have provoked a higher number of extant collections during the recent NWFP surveys. This suggests that GOKA is uncommon to rare throughout its range..Edition 11/23/2002Edauthor Lorelei L NorvellGrank S3?Grank Date11/23/2002Greasons GOKA is an ectomycorrhizal fungus dependent upon the health of its symbiotic partner/s (Abies, Tsuga). GOKA is endemic to North America, and found more commonly along the California coast from the Oregon border south to Mendocino. There are 10 known occurrences, of which at least 3 are now believed extant in the state. 4-5 occurrences (including those sampled from 1900-1996) lie in currently protected forest reserves. Its unknown biology precludes estimation of population size, area of occupancy, and long-term trends. Extant populations are presumed stable provided the habitat remains protected. Unprotected occurrences will be threatened by road construction & development and clearcutting or heavy thinning. All occurrences are imperiled by hot fires.BCD SourcesNew SourcesPetersen. 1971. The genera Gomphus and Gloeocantharellus in North America. Nova Hedwigia 2: 33-45. (for GOBO2) ALSO Thiers. 1985. Agaricales of California: 2. Cantharellaceae. Mad River Press. ALSO Dreisbach, Mueller, Exeter, McFarland, Cushman. 2002 Survey and Manage Step 2 Worksheet on GOCL. ALSO ISMS-ONH. 2002. ISMS data; ONH protection extrapolations; GIS map for GOCL. ALSO MICH (Michigan Fungal Collections online database) 11-23-2002. http://www.herb.lsa.umich.edu/combqury.htm 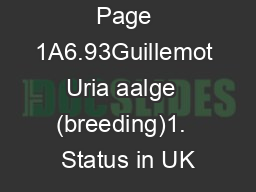