S Food and Drug Administration APRIL 2011 Consumer Health Information wwwfdagovconsumer Most drugs can be thrown in the household trash but consumers should take certain precautions before tossing them out according to the Food and ID: 4902 Download Pdf

Download Pdf - The PPT/PDF document " FDA Consumer Health Information U" is the property of its rightful owner. Permission is granted to download and print the materials on this web site for personal, non-commercial use only, and to display it on your personal computer provided you do not modify the materials and that you retain all copyright notices contained in the materials. By downloading content from our website, you accept the terms of this agreement.

2 / FDA Consumer Health Information / U.S. Food and Drug AdministrationDECEMBER 2013 Find this and other Consumer Updates at www.fda.gov/ ForConsumers/ConsumerUpdates Sign up for free e-mail subscriptions at www.fda.gov/ consumer/consumerenews.html in your community. The U.S. Drug Enforcement Administration, working with state and local law enforcement agencies, periodically sponsors National Prescription Drug Take-Back Days ( www. deadiversion.usdoj.gov/drug_disposal/ takeback/index.html ). If no disposal instructions are given on the prescription drug labeling and no take-back program is available in your area, throw the drugs in the household trash following these steps. 1. Remove them from their original containers and mix them with an undesirable substance, such as used coffee grounds or kitty litter (this makes the drug less appealing to children and pets, and unrecognizable to people who may intentionally go through the trash seeking drugs). 2. Place the mixture in a sealable bag, empty can, or other container to prevent the drug from leaking or breaking out of a garbage bag. Ilisa Bernstein, Pharm.D., J.D., FDA’s Deputy Director of the Ofce of Compliance, offers some addi - tional tips: Before throwing out a medicine container, scratch out all identify - ing information on the prescrip - tion label to make it unreadable. This will help protect your identity and the privacy of your personal health information. Do not give your medicine to friends. Doctors prescribe medi - cines based on a person’s specic symptoms and medical history. A medicine that works for you could be dangerous for someone else. When in doubt about proper dis - posal, talk to your pharmacist. Bernstein says the same disposal methods for prescription drugs could apply to over-the-counter drugs as well. Why the Precautions? Prescription drugs such as powerful narcotic pain relievers and other con - trolled substances carry instructions for ushing to reduce the danger of unintentional use or overdose and illegal abuse. For example, the fentanyl patch, an adhesive patch that delivers a potent pain medicine through the skin, comes with instructions to ush used or leftover patches. Too much fentanyl can cause severe breathing problems and lead to death in babies, children, pets, and even adults, espe - cially those who have not been pre - scribed the medicine. “Even after a patch is used, a lot of the medicine remains in the patch,” says Jim Hunter, R.Ph., M.P.H., a phar - macist reviewer on FDA’s Controlled Substance Staff, “so you wouldn’t want to throw something in the trash that contains a powerful and poten - tially dangerous narcotic that could harm others.” Environmental Concerns Some people are questioning the practice of ushing certain medicines because of concerns about trace lev - els of drug residues found in surface water, such as rivers and lakes, and in some community drinking water supplies. “The main way drug resi - dues enter water systems is by people taking medicines and then naturally passing them through their bod - ies,” says Raanan Bloom, Ph.D., an environmental assessment expert in FDA’s Center for Drug Evalua - tion and Research. Bloom goes on to say “many drugs are not completely absorbed or metabolized by the body and can enter the environment after passing through waste water treat - ment plants.” “While FDA and the Environmental Protection Agency take the concerns of ushing certain medicines in the environment seriously, there has been no indication of environmental effects due to �ushing,” says Bloom. In addition, according to the Environ - mental Protection Agency, scientists to date have found no evidence of adverse human health effects from drug residues in the environment. “Nonetheless, FDA does not want to add drug residues into water sys - tems unnecessarily,” says Hunter. The agency reviewed its drug labels to identify products with disposal direc - tions recommending ushing down the sink or toilet. This continuously revised listing can be found at FDA’s Web page on Disposal of Unused Medicines here: www.fda.gov/Drugs/ ResourcesForYou/Consumers/ BuyingUsingMedicineSafely/ EnsuringSafeUseofMedicine/ SafeDisposalofMedicines/ ucm186187.htm Disposal of Inhaler Products Another environmental concern lies with inhalers used by people who have asthma or other breathing prob - lems, such as chronic obstructive pul - monary disease. Traditionally, many inhalers have contained chlorouo - rocarbons (CFCs), a propellant that damages the protective ozone layer. However, CFCs have been phased out of inhalers and are being replaced with more environmentally friendly inhalers by the end of 2013. Read handling instructions on the labeling of inhalers and aerosol prod - ucts because they could be dangerous if punctured or thrown into a re or incinerator. To ensure safe disposal that complies with local regulations and laws, contact your local trash and recycling facility. 1 / FDA Consumer Health Information / U.S. Food and Drug AdministrationDECEMBER 2013 Art should be large on the rst page, so it shows up clearly when the PDF is made into a small JPEG. A small number of medicines may someone other than the person for whom the medicine was prescribed. Many of these potentially harm - ful medicines have specic disposal instructions on their labeling or patient information to immediately when they are no longer needed. Click here for a list of medicines rec - ommended for disposal by ushing: www.fda.gov/Drugs/ ResourcesForYou/Consumers/ BuyingUsingMedicineSafely/ EnsuringSafeUseofMedicine/ ucm186187.htm Guidelines for Drug Disposal FDA and the White House Ofce of National Drug Control Policy devel - oped federal guidelines that are sum - marized here: instructions on the prescription drug labeling or patient information that accompanies the medicine. Do not ush medicines A growing number of community-based drug “take-back” option. Otherwise, almost all medicines can be thrown in the household trash, but only after consumers take the precautionary steps as outlined below. How to Dispose of Unused Medicines down the sink or toilet unless this information specically instructs you to do so. Take advantage of community drug take-back programs that allow the public to bring unused Consumer Health Information www.fda.gov/consumer proper disposal. Call your city or county government’s household trash and recycling service (see blue pages in phone book) to see if a take-back program is available 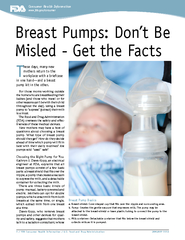 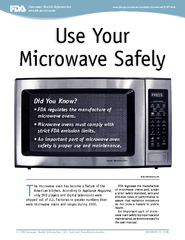 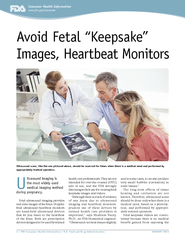 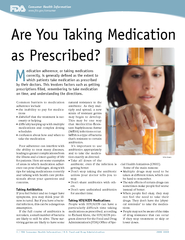 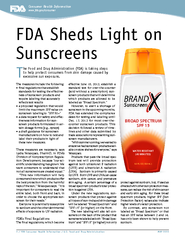