Download Presentation - The PPT/PDF document "Gordon Northcott Myah Mason period 6" is the property of its rightful owner. Permission is granted to download and print the materials on this web site for personal, non-commercial use only, and to display it on your personal computer provided you do not modify the materials and that you retain all copyright notices contained in the materials. By downloading content from our website, you accept the terms of this agreement.

Canadian born in 1908Claimed to be molested by his father at age tenUncle served life term for murderFather died in an insane asylumBy age 21, lived with his mother and 15 year old nephew on a farm in Wineville

Beat and assaulted his nephew sexually

Kidnapped and rented young boys to pedophiles to make moneyThe kidnapping of Walter Collins was his most famous crime and the one that gave way to all of his other crimes being investigated.Regarded as a homosexual sadistKidnapped, raped and killed what is to believed to be up to 20 little boysDismembered bodies and used quicklime to get rid of the flesh so that the bones alone would be easy to bury.

more then 3 victims and confessed to killing at least five, but only convicted of three.

Evidence of the Crimes

Gordon’s Nephew, Sanford Clark identified the boys he killed from photosBones were found and dug up from where Sanford told Detectives the bodies were buriedBloodstained axes and hatchets on Gordon’s propertyGordon’s mother was convicted of his earlier crimes, and it was always suspected that maybe her son was forcing her to take the blame. It made him look suspicious.

Gordon fled to Canada when police were looking for him. Why try to run and hide if you aren’t guilty?

Gordon was to hang for his crimes, and received his death sentence on October 2nd, 1930

When he realized he was going to Hell for his crimes, Gordon’s final words before he hanged were"A prayer! Please, say a prayer for me!"

Walter Collins is Gordon’s most famous victim, because it was not until Walter’s determined and stubborn mother, Christine Collins, pushed relentlessly for detectives to bring her kidnapped son back, that they actually took the time to find out what had been happening to all of these missing boys, and it led them right to Gordon Northcott

. Christine was a hero, who suffered through much, even being put in a mental asylum because police thought she was crazy over losing her son, but she made it out and would not rest until she saw Gordon hang. A movie was made in 2008 staring

Jolie title “Changeling”, reenacting the gruesome and sad events leading up to Gordon’s death and Christine’s acceptance that her son was gone forever.

Theory of Deviant BehaviorI believe that Gordon Northcott was affected by the Psychological “Behavioral Theory.” The other theories did not work.

He did not have friends or a gang that he wanted to fit in with and participate in crime with, in fact he was kind of socially inept and kept to himself and close family, so the Differential-Association Theory doesn’t apply here. He never caused enough public crime and wasn’t caught at first in order to earn the label of “Murderer” and live up to it, so the Labelling Theory does not work. The Anomie theory doesn’t apply because Gordon didn’t have a goal to reach. He didn’t need food or money or a way to get it with limited resources or opportunities. He did what he did out of sadism, lust, and selfishness. Behavioral theory is what I choose to use for Gordon, because it is psychological, dealing with his past. His father molested him sexually when he was ten, so who did he go after when he grew up? That’s right, little boys around the age of ten. His past affected him mentally and psychologically. It scarred him and what his dad did to him, he wanted to do to others and got a rush and pleasure out of doing it. He saw that his dead did not get the death penalty or imprisonment for his crime, only life in an asylum, so perhaps Gordon wanted to try his luck or get revenge by dishing out the same molestation and pain he felt as a boy. How Mason Bees Can Save our Food and Gardens 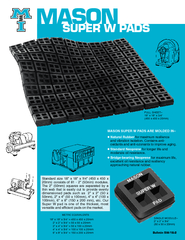