You could well imagine the Pitch Lake is alive - Description

It burps It hisses It consumes eventually all that is placed on it In the middle of the Lake is an area known as the Mother of the Lake This is the most active part of the Lake and the area where the asphalt is softest Certain parts of the Pitch Lak ID: 26481 Download Pdf

You could well imagine the Pitch Lake is alive

You could well imagine the Pitch Lake is alive

Download Pdf - The PPT/PDF document "You could well imagine the Pitch Lake is..." is the property of its rightful owner. Permission is granted to download and print the materials on this web site for personal, non-commercial use only, and to display it on your personal computer provided you do not modify the materials and that you retain all copyright notices contained in the materials. By downloading content from our website, you accept the terms of this agreement.

Presentation on theme: "You could well imagine the Pitch Lake is alive"â€” Presentation transcript:

Page 1 You could well imagine the Pitch Lake is alive. It burps. It hisses. It consumes, eventually, all that is placed on it. In the middle of the Lake is an area known as the "Mother of the Lake". This is the most active part of the Lake, and the area where the asphalt is softest. Certain parts of the Pitch Lake are too soft for visitors to walk on. Please use the services of the official tour guides who can be found at the Visitor Facility. The guides are easily identified by their distinctive red and orange t-shirts and identification- badges. Rates and Opening Hours Monday to

From Port of Spain, head east along Beetham Highway, onto Churchill Roosevelt Highway * Turn south onto Uriah Butler Highway using the Interchange at the Grand Bazaar junction * Keep south, heading onto Sir Solomon Hochoy Highway to San Fernando * Turn off into San Fernando Bye Pass, and via the Mon Repos roundabout, head onto the South Trunk Road and through Mosquito Creek * Continue through villages of Otaheite, Aripero, Rousillac and onto La Brea * Follow road signs to the La Brea Pitch Lake Always use official tour guides who can be found within the Pitch lake compound for your safety and

enjoyment La Brea Museum and Visitor Centre Directions Grand Bazaar Interchange 16 9 4 4 4 4 Page 2 There have been countless conflicting theories on the origin of the Pitch Lake. One such theory suggests that two geological faults intersect at the Pitch Lake causing crude oil to seep from fractures in the sandstone below the earth. Another belief is that the lake was at one time a huge mud volcano from which muddy asphaltic oil seeped. The lighter portion of the oil and mud mixture evaporated over the centuries and left a thick, viscous residue (asphalt) which is seen today.

Although the surface of the Lake is solid enough to walk on, the area is in constant motion. The Lake is at present an oval, lake-like outcrop, composed of oil, clay and water (mud) mixture. Several Amerindian legends surround the birth of the Pitch Lake. According to one Amerindian folk tale, the Pitch Lake was a punishment from the Gods. This vengeance was dealt to the Chaima Indians who cooked and ate Humming Birds, which were considered sacred, while celebrating a victory over another tribe. This angered the Gods who caused the earth to open up and swallow the entire village, leaving in

its place molten pitch. As if to prove the legend true, Amerindian pottery has been recovered from the asphalt and Hummingbirds can be seen fluttering around the Lake. Other artefacts pulled from the Pitch Lake include the bones of a Giant Sloth and a Mastodon’s tooth. The Pitch Lake has been called many names by Trinidad’s numerous settlers. It was called Piche by the Amerindians (the first inhabitants of Trinidad) which means Pitch. The Spaniards called it Tierra de Brea which means, “Land of Pitch” and the British simply referred to it as the Pitch Lake. The first recorded use of pitch was

by Sir Walter Raleigh in March 1595. During his search for El Dorado, the adventurer discovered the Pitch Lake. He reportedly used pitch to caulk his leaking ships, and declared it “most excellent good”. In 1617, on Raleigh’s second attempt to find El Dorado, he once again visited the Pitch Lake. This time he took samples back to England and introduced pitch to Europe. In 1792, Governor Don Jos Maria Chacon of Spain was ordered to set up a refinery near the Pitch Lake so refined pitch could be sent to Spain. This industry was, however, short lived since in 1797 Trinidad fell to the

British. The Spaniards were forced to leave the island, leaving only the name they gave to this part of the island - La Brea. In 1805, British Admiral Alexander Cochrane was asked to examine and report on the Pitch Lake. Cochrane reported that the pitch had to be mixed with tar and oil before it could be useful. In 1850, Thomas Cochrane, the tenth Earl of Dundonald, began to experiment with pitch. He teamed up with Conrad Frederick Stollmeyer, and successfully used pitch for covering uneven surfaces. In 1888, the British Government awarded a single concession to mine the Pitch Lake to an

American called A. L. Barber, who together with several other businessmen formed the Trinidad Lake Asphalt Company. Warm Sulphur pools appears on the Pitch Lake in the rainy season when water collects in the cracks and crevices of the Lake. The pools, also known as the “fountain of youth” contain high levels of sulphur, which villagers claim is good for curing anything from skin conditions to joint pain. Visitors should be careful when bathing in the pools as some are very deep. Flora and fauna also thrive in the natural surround ings of the Pitch Lake, which locals call the “Eighth Wonder of

the World”. Cashew trees encircle the lake and mango and breadfruit trees are plentiful. Plant species such as water rose, nymph lillies and bird of paradise grow in abundance. The Lake is also a bird watcher’s paradise as herons are everywhere along with Humming Birds, Sandpip ers, Kingfishers and Ospreys, just to name a few. 16 9 4 4 4 4 Pitch What is pitch? Pitch (as well as loudness) is a subjec 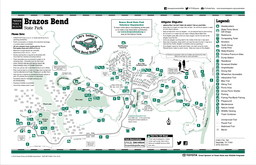