1 The Berber Dynasty x201CBerber x201D is a catch all term that refers to the Caucasoid people that appeared in a region of western North Africa known as the Maghreb Arabic for x201Cpla ID: 476299 Download Pdf

The Saylor Foundation 1 The Berber Dynasty “Berber ” is a catch all term that refers to the Caucasoid people that appeared in a region of western North Africa known as the Maghreb (Arabic for “place of sunset” or “the west”) as far back as 3,000 B.C . By the time of Muhammad, the Berbers were composed of multiple religious groups , including Jews and Christians. Though the Berber s had resisted earlier invasions, they quickly succumbed to the twin pressures of Islamization and Arabization as Islam spread across North Africa in t he mid - seventh century C.E. The Umayyad Dynasty established a beachhead at Qayrawan (near modern day Tunis) in 670 to maintain control over the area, and by 711 , the Dynasty had conquered all of North Africa. Meanwhile , Berber armies made possible the Um ayyad’s expansion into the Iberian P eninsula in 711. However, the Umayyad ruling elite treated the Berbers as second - class Muslims, excessively taxing them, and occasionally even enslaving them. Consequentl y, a group of Berbers united under Kharijite Islam rebelled against the Umayyad caliphate in 739. Kharijite Islam was implicitly more egalitarian than either the Sunni or Shi’a denominations due to its belief that anyone could lead the Islamic community as long as that individual followed Muhammad’s example and that any ruler who failed to follow Muhammad’s example ought to be overthrown. The Berber’s constant struggle against the Umayyad dynasty weakened the caliphate and contributed to the Ab basid s ’ victory over the Umayyads in 750. Though nomina lly subject to the Abbasid caliphatates' suzerainty, in reality , the Berber kingdoms ruled with a great deal of autonomy from the m id - eighth century until 909 C.E., when they were largely absorbed by the Fatimid Dynasty (909 - 1171). The Fatimid conquest di d not completely neuter Berber power in North Africa; in fact, between 1040 and 1269, the two most important Muslim Berber dynasties rose in North Africa. Known as the Almoravid s (1040 - 1147) and the Almohads (1121 - 1269), these dynasties represented the ap ogee of Berber power and influence in medieval Muslim culture. By the eleventh - century, flourishing commerce had attracted many Berber tribes to the trade city of Marrakech. The Almoravid Dynasty emerged from a religio - political movement inspired by an itinerant preacher and reformer named Abd Allah ibn Yasin. Yasin preached a return to Islam's conservative roots (as he saw them), forbidding wine and music and prescribing that one - fifth of all war spoils were to be handed over to local religious experts . Yasin’s followers were known as the murabitun (people of the ribat , or fortress), which was transliterated as “Almoravid” in Latin. After making an alliance with another local Berber nation (the Lamtuna), Yasin’s followers embarked on a successful camp aign of military expansion. Yasin’s successor, Yusef ibn Tashfin, founded a capital at Marrakech in 1070 and proclaimed himself Emir of the Muslims. At its height, the Almoravid Empire stretched from the Ebro Valley to current - day Mauritania, but the enc roaching power of the Christian reconvivencia from the North and the revolt of the Almohads at home The Saylor Foundation 2 fatally weakened the Almoravid Empire. Marrakech fell in 1147, and though pockets of Almoravid authority remained for almost another half - century, for all practical purposes , the era of the Almoravid Empire had passed. The Almoravids were succeeded by their conquerors , the Almohads, a group of Berber Muslims founded by ibn Tumart around 1121 C.E. Ibn Tumart preached a strict “Unitarian” theory of Allah, ar guing that contemporary Muslims had engaged in the sin of anthropomorphizing the deity. Ibn Tumart and his followers began attacking wi ne shops and then assaulted the Almoravid Emir’s sister ; the emir chose not the punish ibn Tumart, and the would - be prophet returned to his hometown. I t was here that fate intervened, in the person of Abd al - Mu’min, an Algerian Berber and soldier. Following ibn Tumart’s death in 1128, al - Mu’min consolidated his power and conquered all of North Africa as far as Egypt, eventually becoming emir of Marrakech in 1149. By 1170, the Almohads had moved their capital to Seville, but within half a century , the increasingly powerful and better - organized Iberian Christian states had begun reversing Almohad gains. The Battle of L as Navas de Tolosa (1212) was a stunning blow to Almohad power, which began to collapse across the Iberian Peninsula. By 1269 , the Almohads were so weak that the once mighty tribe was essentially a client of another African power, the Marinid. That same year, the last representative of the royal line, Idris II, was murdered by a slave; this essentially ended the Almohad Dynasty.

Download Pdf - The PPT/PDF document "The Saylor Foundation" is the property of its rightful owner. Permission is granted to download and print the materials on this web site for personal, non-commercial use only, and to display it on your personal computer provided you do not modify the materials and that you retain all copyright notices contained in the materials. By downloading content from our website, you accept the terms of this agreement. 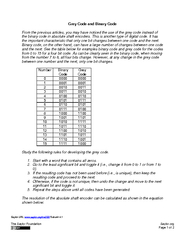 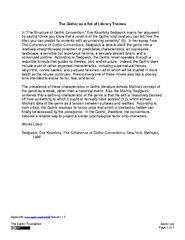