AM I REALLY REQUIRED TO PowerPoint Presentation

DownloadNote - The PPT/PDF document "AM I REALLY REQUIRED TO" is the property of its rightful owner. Permission is granted to download and print the materials on this web site for personal, non-commercial use only, and to display it on your personal computer provided you do not modify the materials and that you retain all copyright notices contained in the materials. By downloading content from our website, you accept the terms of this agreement.

Presentations text content in AM I REALLY REQUIRED TO

WHAT ARE THE TYPES OF BARGAING SUBJECTS?

WHY DOES A DISTRICT CARE DURING BARGAINING

WHETHER A SUBJECT IS MANDATORY OR PERMISSIVE?

A school district must bargain over mandatory

if the parties do not reach agreement, their dispute must be settled through the impasse resolution procedure established in Fla. Stat. §

subjects may be voluntarily bargained, but they may not be bargained to impasse.

WHAT QUESTIONS MUST BE ANSWERED TO DETERMINE WHETHER AN ISSUE CONSTITUTES A MANDATORY SUBJECT OF BARGAINING?

Does the issue involve a waiver of the union’s right to bargain?

What is the test for determining whether an issue impacts terms and conditions of employment?

Florida courts have not developed a precise

Most courts therefore have determined the issues on a case-by-case basis, but,

key is how direct the impact of an issue is on the well-being of the individual teacher, as opposed to its effect on the operation of the school system as a

What is a district’s duty to bargain over wages, hours, and terms and conditions of employment during negotiations?

If the subject matter of

term or condition of employment, not involving inherent managerial rights, it is a “

either or both parties may insist to impasse on its position. Disagreements on mandatory subject of bargaining must be resolved through the impasse resolution procedure.

What matters are considered managerial rights for purposes of determining bargaining obligations?

It is the right of the school district to determine unilaterally

the purpose of each of its constituent agencies

to be offered to the public, and exercise

control and discretion over its organization and operations

is also the right of the school district to direct its employees, take

disciplinary action for proper cause

from duty because of

When is a matter effecting both a managerial prerogative and a term or condition of employment a mandatory subject of bargaining?

According to Supreme Court, the

a balancing test to

right to collectively bargain, or management's right to exercise control and discretion should predominate

According to PERC, the district must negotiate such decisions unless the

May a School Board impose a waiver of bargaining rights on the union?

waiver of the statutory

a permissive item of bargaining which may not be imposed by the legislative body.

What are the basic rules for determining whether an item is a mandatory subject of bargaining?

Matters only impacting wages, hours, terms or conditions of employment are mandatory.

Matters impacting both managerial prerogatives and terms and conditions of employment must be balanced to determine which predominates.

Matters involving a waiver of a union’s right to bargain are permissive.

The number of instructional periods teachers must teach

Reducing the length of the workday

Once a permissive subject is included in the agreement, may the parties insist to impasse that it continue to be included in future years?

when parties agree to include a

subject of bargaining in a contract, that voluntary agreement does not mean that the

insist to impasse that the provision be continued

Does a district commit a ULP if it still has permissive subjects of bargaining in its proposals when the union declares impasse?

impasse resolution process is utilized, neither party may insist that a special magistrate consider a

a legislative body may not impose a

subject such as a waiver of a union' s right to bargain over mandatory subjects of bargaining.

WHY DOES A DISTRICT CARE DURING THE CONTRACT

WHETHER A SUBJECT IS MANDATORY OR PERMISSIVE?

As a general rule, a public employer may not unilaterally alter the

of a mandatory subject of bargaining, i.e., wages, hours, and terms and conditions of employment of its employees during the term of a collective bargaining agreement.

How is the “status quo” established in the event that an express term and condition in the collective bargaining agreement conflicts with past practice?

A change to the “status quo” is more

than that the employer changed a practice involving a mandatory subject of bargaining.

must be established that the past practice that has been

existed substantially unvaried for a significant period of time prior to the change, and

reasonably have been expected by bargaining unit employees to have continued unchanged.

When may a district unilaterally alter the status quo of a mandatory subject of bargaining during the contract?

clear and unmistakable waiver by the union of the right to bargain over the subject,

Generally, no. Following the expiration of a collective bargaining agreement, an employer is prohibited from unilaterally altering the status quo of mandatory subjects of bargaining.

Yes. If the subject matter of the decision is an inherent managerial right, not involving a term or condition of employment, the school district may act unilaterally because the matter is considered a permissive subject because it falls within managerial prerogative.

Is a district obligated to bargain over any

on terms and conditions of employment relating to implementation of a subject that is an inherent managerial right?

Yes, but only if a timely demand for impact bargaining is made by the union which identifies

on wages, hours, terms and conditions of employment. An effect is negotiable if it is “direct and substantial.”

May a district proceed to alter the status quo of a subject that is an inherent managerial right before giving the union a reasonable opportunity to negotiate impacts?

district must afford the union reasonable

to implementation of a

No, although the district must allow for a reasonable opportunity for the union to identify and negotiate impacts, the

be completed prior to modifying

the status quo. After a reasonable opportunity to negotiate the impacts, the district may declare impasse, implement its decision, and thereafter proceed to complete the impasse process.

Let’s test our knowledgeAs has been done in the past, adjusting cafeteria workers hours up or down to meet needs (agreement is silent)

Strictly enforcing language in the agreement for the first time that all mandatory extra-duty time for teachers shall be compensated at $20/hr.

is mentioned by reference (e.g.

per recommendation of the long-established district insurance committee.

What are prohibited subjects of bargaining?

are null and void from the outset only when

contrary to a statute or constitutional provision, or

What are examples of prohibited subjects of bargaining?

“Just cause” for non-renewal of probationary teachers. Reservations Required with d eposits or credit cards on all IMPORTANT: Booking your shipment is required prior to delive 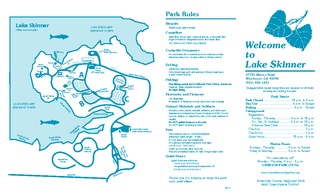 Quagga/zebra mussel inspections are required for all boats e you are federally required to inform the Registry of Motor V EXAMPLE Law and Rule Required Course Required for all