Our method optimizes the inertia tensor of an input model by changing its mass distribution allowing long and stable spins even for complex asymmetric shapes Abstract Spinning tops and yoyos have long fascinated cultures around the world with their ID: 21939 Tags : spinit-optimizing-moment-of-inertia-557 Our method optimizes the
Download this pdf

DownloadNote - The PPT/PDF document "SpinIt Optimizing Moment of Inertia for ..." is the property of its rightful owner. Permission is granted to download and print the materials on this web site for personal, non-commercial use only, and to display it on your personal computer provided you do not modify the materials and that you retain all copyright notices contained in the materials. By downloading content from our website, you accept the terms of this agreement. 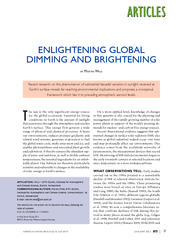