For most applications noise and vibration can be controlled using four methods 1 absorption 2 use of barriers and enclosures 3 structural damping and 4 vibration isolation Although there is a certain degree of overlap in these classes each method ma ID: 23379 Tags : understanding-damping-techniques For most applications noise
Download this pdf

DownloadNote - The PPT/PDF document "Understanding Damping Techniques for Noi..." is the property of its rightful owner. Permission is granted to download and print the materials on this web site for personal, non-commercial use only, and to display it on your personal computer provided you do not modify the materials and that you retain all copyright notices contained in the materials. By downloading content from our website, you accept the terms of this agreement. 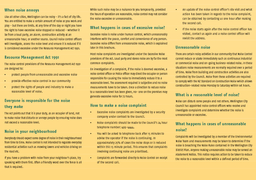 PDWCC Noise Control How is noi An introduction to noise