418 1 Introduction Many animals have at least two systems for produc ing instrumental behavior the habit system and the goal directed system Dickinson Balleine 2002 These multiple action and learning systems are the scope of modern learning theo ID: 23099 DownloadNote - The PPT/PDF document "Copyright Psychonomic Society Inc" is the property of its rightful owner. Permission is granted to download and print the materials on this web site for personal, non-commercial use only, and to display it on your personal computer provided you do not modify the materials and that you retain all copyright notices contained in the materials. By downloading content from our website, you accept the terms of this agreement. 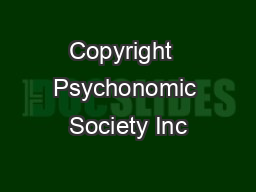 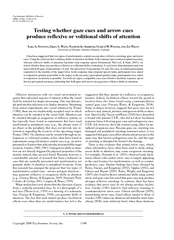