the first surgeondentist Pierre Fauchard This paper reviews his innov 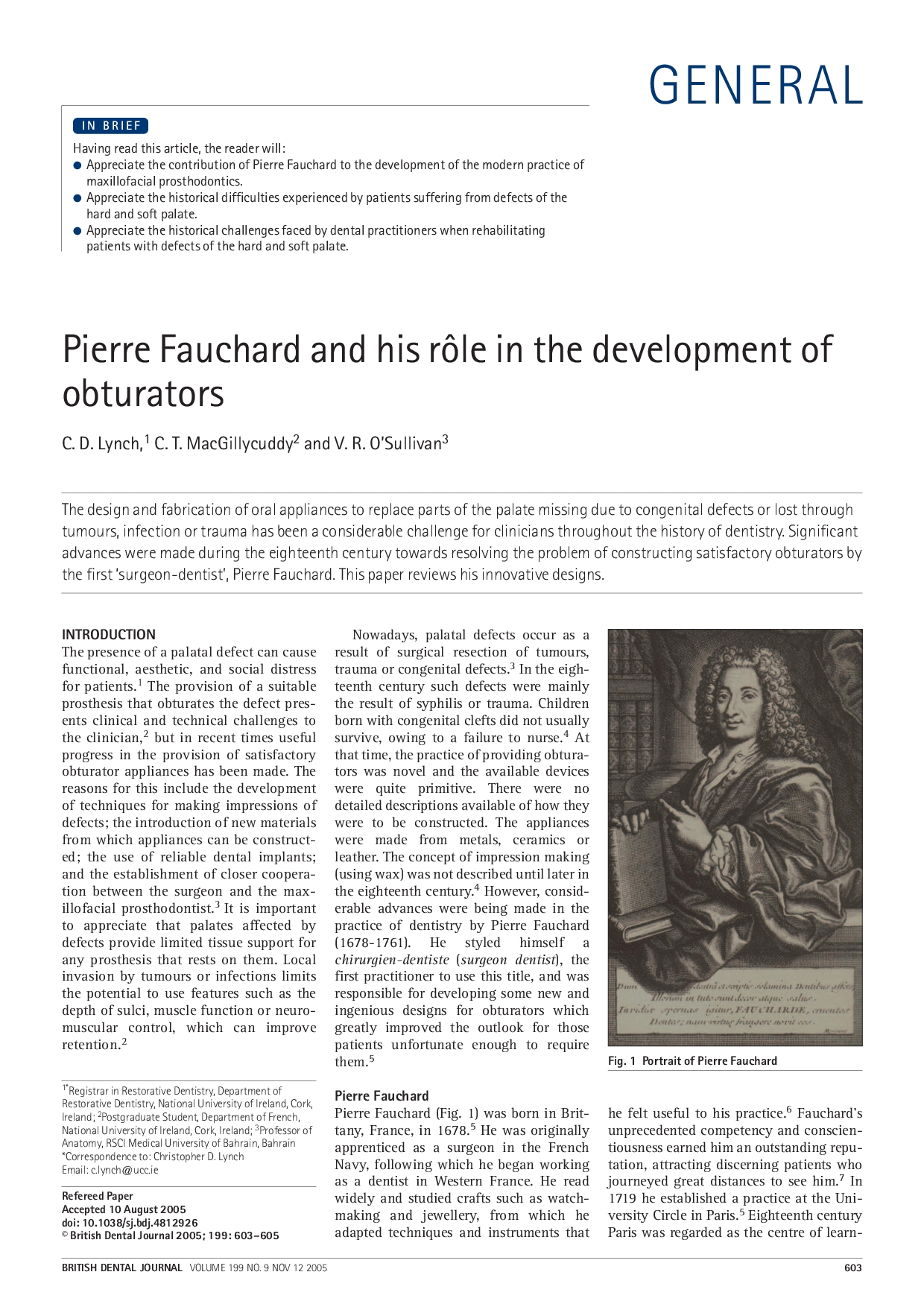 2 ocial distressfor patients.1The provisio
ocial distressfor patients.1The provision of a suitable IN BRIEF GENERAL BRITISH DENTAL JOURNALVOLUME 199 NO. 9 NOV 12 2005 were regularly in demand by some of thedentistry. The practice of dentistry in thesecircles had been stifled by jealousy. tus Lusitanus (1511-1568), and AmbroiseParé (1510-1590) had described the use of and fifth was part metal and part ivory, toFauchard generally used human, hip-popotamus, or ox teeth, or tusks fro

3 m theprosthetic teeth could be made.The
m theprosthetic teeth could be made.The firstdepend on the same retentive principle.cally upright position. Borrowing an idea this image. 9p603-605.qxd 25/10/2005 15:45 Page 604 Fig. 4 Plate 40 from was made of ivory, and included an ‘elevation’ thatcorner. It was made for an edentulous patient. Itsoral component was made from metal and ivory. Itwas again retained by metal wings, and these are shown in a lower position in this image.

Download - The PPT/PDF document "the first surgeondentist Pierre Fauchard This paper reviews his innov" is the property of its rightful owner. Permission is granted to download and print the materials on this web site for personal, non-commercial use only, and to display it on your personal computer provided you do not modify the materials and that you retain all copyright notices contained in the materials. By downloading content from our website, you accept the terms of this agreement.

Pierre Lavoie Pierre Lavoie was born on december 17, 1963, in the beautiful village of Anse-St-Jean - PDF Slides