Banned Books W eek The stories are about fearsome journeys Their about bogeymen monsters demons ghosts and evil things They can give you the heebee jeebies ID: 226984 Download Presentation

Download Presentation - The PPT/PDF document "BY MARTHA RODRIGUEZ" is the property of its rightful owner. Permission is granted to download and print the materials on this web site for personal, non-commercial use only, and to display it on your personal computer provided you do not modify the materials and that you retain all copyright notices contained in the materials. By downloading content from our website, you accept the terms of this agreement.

The stories are about fearsome journeys. Their about

, demons, ghosts, and evil things. They can give you the “heebee jeebies”. The relation between the book and banned books week is that it has been on the list many times.

More Scary Stories To Tell In The Dark By Alvin SchwartzSlide3

occult/Satanism, religion view point, and insensitivity.A man called Mr. Sullivan and he was confused so he called home and a lade answered and she said “Mrs. Sullivan is not here she's at a funeral. Mr. Sullivan was killed yesterday in an accident downtown”.

I feel that the book is not scary at all because the story's that are told are not scary enough to make you want to pee your pants or make you have bad dreams.The reasons why it was banned are doom because it isn't really scary Enough to give a child

nightmares but the only one that should read or hear these story's according to me are only ages 7 and up .Yes if I had a child I would lit him or her read this book but only if they are 7 or older because then they will get nightmares and wet their bed.

What I Think About It Being Banned Rodriguez, S. and A. Sridhar. 2010. Harbouring Trouble: The Social and PowerPoint Presentation 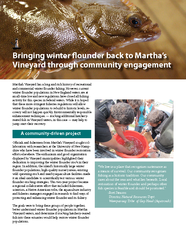 VOL. 86 NO. 4 RODRIGUEZ-CLARE: MULTINATIONALS AND DEVELOPMENT 853 back - PDF Slides