Sommerer imple classical systems can be so unpredictable both quantitatively and qualitatively that they appear random If there is a true source of randomness in such a system the situation can be even more puzzling This counterintuitive behavior ri ID: 23667

DownloadNote - The PPT/PDF document "JOHNS HOPKINS APL TECHNICAL DIGEST VOLUM..." is the property of its rightful owner. Permission is granted to download and print the materials on this web site for personal, non-commercial use only, and to display it on your personal computer provided you do not modify the materials and that you retain all copyright notices contained in the materials. By downloading content from our website, you accept the terms of this agreement. 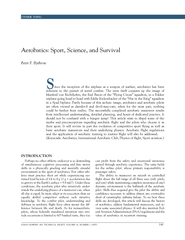