Download Presentation - The PPT/PDF document "Kayla Lehman" is the property of its rightful owner. Permission is granted to download and print the materials on this web site for personal, non-commercial use only, and to display it on your personal computer provided you do not modify the materials and that you retain all copyright notices contained in the materials. By downloading content from our website, you accept the terms of this agreement.

Friends of the Bennets

Main Themes in Pride and Prejudice

The book begins with, “It

is a truth universally acknowledged, that a single man in possession of a good fortune, must be in want of a wife

Mrs. Bennet sees this as an opportunity to get one of her five daughters married.

When Mr. Bennet tells his family that he met with them they are over joyed

Mrs. Bennet and the girls ask many questions about Mr. Bingley

Mr. Bingley returns the visit a few days later but does not meet any of the girls

Mr. Bingley is called away on business to London. When he returns he brings his sister Caroline and Mr. Darcy

They go to a ball in Meryton, that the Bennet’s are also at

Mr. Bingley suggest that Mr. Darcy should dance with Elizabeth and he says “

is tolerable, but not handsome enough to tempt

When the ball is over the Bennets go home and Mrs. Bennet tells her husband of the events of the night

The Lucas family is introduced to us. The eldest daughter being Charlotte Lucas who is a friend of Elizabeth.

The two families discuss the night before

Bingley becomes more interested in Jane, and Elizabeth realizes that Jane is starting to love Mr. Bingley, but she is hiding it.

Mr. Bennet’s property is entailed. This means that when he dies his money and estate will go to Mr. Collins

The two youngest Bennet children start to visit their aunt in the town of Meryton.

The soldiers are currently stationed in Meryton

One night over dinner Jane is invited to spend a day at Netherfield park with Mr. Bingley

Mrs. Bennet sends Jane by horse and Jane ends up sick and has to stay the night at Netherfield park.

The Bingley sisters make fun of the Bennets, Mr. Bingley and Mr. Darcy defend them

Once Elizabeth comes back into to the room the conversation changes

They talk about Pemberly (Mr. Darcy’s home) and accomplished women

How many children are in the Bennet family?

Who does Mr. Bingley Take an interest in?

What does Mr. Darcy say when Mr. Bingley tells him to dance with Elizabeth?

“She is the most beautiful girl here”

“I cannot imagine she will say yes”

“She is tolerable, but not handsome enough to tempt me”

Who lives next door to the Bennets and is friends with Elizabeth?

What is the first line in the book?

“Once upon a time there was a family named the Bennets”

“As the sunset over the horizon, the Bennet house was not settling down.”

It is a truth universally acknowledged, that a single man in possession of a good fortune, must be in want of a wife.” Exploring the policy and guidance that affects energy retrof Presented by Scott, Brad, and Kayla 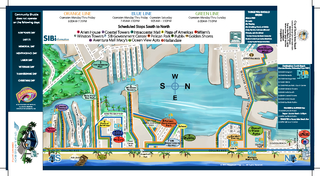