: . Jean-François Michiels, . Statistician. Jean-francois.michiels@arlenda.com. A bayesian framework. for conducting effective bridging. between references under uncertainty. Scope. Vaccines batches potency should be evaluated before being released in the market (in order to ensure their biologica.... ID: 370435 Download Presentation


Download Presentation - The PPT/PDF document "Contact" is the property of its rightful owner. Permission is granted to download and print the materials on this web site for personal, non-commercial use only, and to display it on your personal computer provided you do not modify the materials and that you retain all copyright notices contained in the materials. By downloading content from our website, you accept the terms of this agreement. 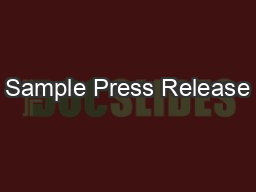 between references under uncertainty

A specific bioassay is used to evaluate the relative potency (RP) of batches. A reference batch is needed.

Commercial life of a vaccine = 30 years

How to choose the new reference batch ?

Choose a new reference that is

as close as possible to

the 2 references, using a bridging strategy

The bioassay is performed using the new reference batch

The RP of batches is computed using the new reference

How to compute this corrective factor (=cf)?

Properties of the cf:

cf is estimated with some

uncertainty because it relies on limited data (a limited number of experiments are used to compare both references).

As the number of bridging increases, corrective factors are applied successively to correct the RP, as it was measured against the primary reference. There exists a risk that the corrected RP deviates from the true RP

 RP can be computed)

cf can be computed)

Obtain RP of batches against the current reference

Compare the corrected RP with the true RP

robabilities to accept a batch

Bias between the corrected and the true RP

Details for simulation of data (1)

Details for simulation of data (2)

In practice, specific data are gathered for the bridging

To compare old and new references

values are known by simulation

: compare the corrected_RP to a lower and upper specification

Methodologies to compute the cf

On each bridging step without updates of priors

On each bridging step with updates of priors

By bridging step without updates of the priors

By bridging with updates of the priors

Repeat this for all the bridging except the first one

Probabilities in form of box plots

When sources of variability are large, it can be unnecessary to correct the RP

Formally updating the priors at each step