Ocean Acidification and the Effects on Marine Trace Gas Pro 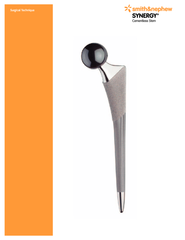 10 Ancient Hunting Techniques Still In Use Field Studies A SIMPLE TECHNIQUE FOR THE TRANSLOCATION OF ANTHILLS J

Field Studies A SIMPLE TECHNIQUE FOR THE TRANSLOCATION OF ANTHILLS J

Download Pdf - The PPT/PDF document "Field Studies A SIMPLE TECHNIQUE FOR T..." is the property of its rightful owner. Permission is granted to download and print the materials on this web site for personal, non-commercial use only, and to display it on your personal computer provided you do not modify the materials and that you retain all copyright notices contained in the materials. By downloading content from our website, you accept the terms of this agreement.

Presentation on theme: "Field Studies A SIMPLE TECHNIQUE FOR THE TRANSLOCATION OF ANTHILLS J"— Presentation transcript:

Page 1 Field Studies 5 (1987),617-618 A SIMPLE TECHNIQUE FOR THE TRANSLOCATION OF ANTHILLS J. D. BOX Nature Conservancy Council, Attingham Park, Shrewsbury, Shropshire SY4 4TW Ansrnecr A simple technique is described for the successful translocation of anthills of the yellow meadow ant (Lasius flaaas). Over 30 anthills have been moved using this tech- nique and all contained ants the following year. The technique has application in experimental ecology as well as species conservation on a local scale. INrnonucrroN Tnr yellow meadow ant (Lasius flaaus) has a mainly southern

distribution in Britain, becoming steadily scarcer as one moves through the Midlands and W'ales, and is uncommon in Scotland (Barrett, 1977). In Telford New Town, Shropshire, the anthills of L.flaaus are mainly restricted to a few small unimproved meadows on the edges of woodlands such as Lloyds Coppice and Workhouse Coppice on the slopes of the Severn Gorge (see Tobin er al .,1987). The nearby area known as Lightmoor also had two small unimproved meadows with anthills. F{owever, the line of the new Ironbridge by-pass was to go across the larger of these two meadows. The local scarcity of the

meadow ant prompted an examination of methods for the removal of some thirty anthills to the smaller of the two meadows. TnIer Movss IN 1984 An initial experimental move of two anthills was carried out in April 1984, at a time of year when the ants had not warmed up sufficiently to become very active. Two anthills were moved-one to a glade created by a drilling rig as part of the route survey for the new road, the other ro the adjacent meadow which already contained L.flaaus anthills. The tops of the anthills were removed using spades and placed on one side; a JCB digger was also tried but

found to be too clumsy. The underlying colony was then removed by spade. layer of clay approximately 30-60 cm under the existing anthills had prevented the ants digging downwards and the colonies had spread out sideways. The soil was very dry and the existing tunnel structure broke up during these excavations. The resulting mixture of soil and ants was moved to the new sites and placed in newly excavated holes of similar depth and area. It was intended to replace the tops of the anthills along the same alignment as they originally had as anthills of L. flaztus are often orientated along a

particular axis (Step, (1932), p. i7l; Sinker et al.,(1985), p. 98). However, both the tops collapsed during the move and the orientation was only very approximate. The two translocated anthills were checked in June 1984. The one in the new glade had been dug up, possibly because the fresh soil prompted an investigation. The anthill which was moved to the adjacent meadow, which already had anthills, was an active colony and a small new anthill had appeared in the centre of the mound which was the collapsed anthill. MRrN Movn IN 1985 The successful move of one anthill, combined with the

knowledge that work on the new road would start in 1986, prompted the removal of all the threatened anthills in spring or / Page 2 618 J. D. Box 1985. A new method was devised in order to prevent the break-up of the anthill during the move. Each anthill was dug up with part of the underground colony, care being taken to keep the hill intact. It was then turned through approximately 90' and placed in a wheel- barrow which was resting on its side next to the anthill being excavated. The wheelbarrow was then pushed upright with the anthill upside down and it could then be easily trans-

ported to the new site. The remaining soil, ants, and eggs from the underground part of the colony were then shovelled into a second wheelbarrow and placed in the newly excavated hole. The anthill was then placed on top with the same alignment as it had previously had. This technique was used to move over thirty anthills, with only minimal collapses, to the adjacent meadow. A couple of anthills were also successfully moved to Stirchley Grange Environmental Centre, approximately 4 km away, by putting the wheelbarrows containing the anthills on a lorry. It is possible that the soil was slightly

damper than in 1984 and this reduced the tendency of the anthills to collapse during the move. These anthills were examined in August 1986 and were all found to contain yellow meadow ants. The anthill which was moved in the initial 1984 experiment, and which had collapsed during the move, was now approximately 45 cm x 30 cm x 30 cm high and had developed a small offshoot. DrscussroN The experimental translocation of anthills has previously been successfully attempted with, for example, Lasiusfl,azsus (Pontin, 1969) and L.niger (Elmes, l97l) using a sheer of galvanised iron. The flexibility of

the current technique, combined with the success in transporting anthills in the wheelbarrow on a lorry, suggest that the technique has a wide application for both experimental ecology as well as species conservation on a local scale. AcxNowrsocEMENTs I am indebted to my old colleagues from the Telford Nature Conservation Project, a Manpower Services Commission Community Project, based at Stirchley Grange Environmental Centre in Telford. In particular, I would like to thank Richard Lamb, Jo Deacon, Alec connah, Ray Barrett and Jan conneely. I am grateful to Dr M. v. Brian for helpful comments

both during the project and on this paper. RrrensNcrs BARRrtt, K. J. (1977). Proaisional Atlas of the Insects of the Britkh Isles. Part 5. Hymenoptera-Formicidae. Institute of Terrestrial Ecology, Monks \Wood, Huntingdon. Errtrs, G. W. (1971). An experimental study on the distribution of heathland ants. Journal of Animal Ecology,40, 495499. PoNttN, A. J. (1969). Experimental transplantation of nest-mounds of the ant Lasiusflaz,n;s (F.) in a habitat containing also L. niger (L.) and Myrmica scabrinodisNyl. Journal of Animal Ecology,38r747-7 j4. StNxrn, c. A., Pecxneru, J. R., TnuriueN, I. c.,