The Christian Brothers established a school in these premises 152 years ago Inevitably many remarkable students passed through the doors over that century and a half The purpose of this gathering is to pay tribute to an ID: 541747 Download Presentation

Download Presentation - The PPT/PDF document "Des Byrne" is the property of its rightful owner. Permission is granted to download and print the materials on this web site for personal, non-commercial use only, and to display it on your personal computer provided you do not modify the materials and that you retain all copyright notices contained in the materials. By downloading content from our website, you accept the terms of this agreement.

purpose of this gathering is to pay tribute to an

group who were students here in a twenty year period from about 1890. They helped shape not only the parish but the whole country.

What a remarkable group they were.

exam results marked him out as a bright

his teens he was a reserve teacher in the

school. By the age of 22 he had taken a BA in Modern Languages and had been called to The Bar.

Ironically he was almost missed out in the Roll Records.

The school seem to have run out of roll books at the time and his name was crammed in, with those of his

in a space in a diary.

As can be seen in the slide his name was

His brother William is much less well-known

was less academically bright than Patrick, but a

man in his own right.

Laurence William White’s essay on Willie in the RIA’s 1916 Portraits and Lives suggests that Willie’s favourite piece among his own sculptures was the Mater Dolorosa which can be seen on the right hand side of the mortuary chapel in St. Andrew’s Church, Westland Row.

Our picture does the statue less than justice – it is well worth seeing for yourself.

The first past pupil to die in the Rising was

) O’ Reilly. He was a member of the Citizen

Hall. Connolly died early in the battle. O’Reilly who was apparently 6’ 6” took over command but was himself killed five hours later

Reilly lived in what was then called Queen

named for Queen Victoria who had come to the throne, two years before

The whole area was replete with loyal British references. Hanover and Brunswick Streets were named for the German family who acceded to the British Crown in

1714. Cumberland Street, where the school is based, was named for the notorious Butcher of Culloden. Boyne Street, at right angles to it, was named to honour the victors of that battle.Slide7

We believe the second Row Boy to die in the Rising was Daniel Murray.

bookbinder, Daniel lived with his mother and two sisters in Mountpleasant Avenue.

a member of The Irish Volunteers 3

as a result of the confusion following the notice to stand down in the Sunday Independent.

lady after whom the new bridge was named recently.

She recounts that when she was resting on a bed in the College, somebody suggested that she should go and make herself a cup of tea. When she arose, Daniel flopped down on the bed and immediately took a bullet in the head. It may have been that the bullet was an accidental discharge from one of his colleagues who were checking out some rifles which had just been found on the

Peadar Macken was the only one of the Row victims who had stood for electoral office.

He seems to have been an extraordinarily well rounded individual.

painter by trade he was deeply involved in the trade union movement and, via that, in politics

He became a fluent Irish speaker and teacher. He also took part in amateur theatre as can be seen in our second photo.  The line up is Sean T O’Kelly,

The Carpenter and the Slater

Michael Malone is one of the best known participants in the Rising.

involvement in the battle of Mount Street Bridge is the stuff of legend.

Less well-known, up to this year at least, is his brother William, who died at Mouse Trap Farm in France a year before the Rising.

Williams great-grand daughter Una and two of her children are here today to remember the brothers.Slide10

Malone’s were part of an extraordinary

. Sean Hogan is the best man. The bridesmaid is Annie Malone who married Theo Fitzgerald who we will meet shortly.Slide11

Before we meet Theo and the rest of his family I will digress to take a broader view of the Rising.

Our map shows the main theatres of engagement.

So far we have encountered victims in City Hall, The College of Surgeons, Boland’s Mills and Northumberland Road.

The other major building at Mount Street Bridge was Clanwilliam House and it was there we meet the next pair of Row Boy brothers.Slide12

These are the four survivors of Clanwilliam House.

and Thomas Walsh are on the left of the photo.

sons and grandsons of James were also Row Boys

Rory, Conor and Tony Dodd are regulars at Row events.

Three other members of this unit died in Clanwilliam House. They were cremated in the intense fire which engulfed the building. One of the lads in our picture never got to tell his story as he fell victim to post- traumatic stress disorder.Slide13

five survived the Rising and went on to participate in the War of Independence.

Leo Fitzgerald was killed in a shoot-out with the Black and Tans in 1921. He reportedly bled to death on the steps of Pearse Street

close to his home.

Tone Fitzgerald (to give him his full name) married Annie Malone

of Michael and William) creating a link between the two families.

Theo is the man who painted the famous flag of the Irish Republic which was captured and held by the British Army until it was returned in 1966. The original is currently on display in an Exhibition in Collins’ Barracks Museum.

The flag was originally stored in the home of Constance Markievicz.  Slide15

I recently found this photo of Theo with her ladyship taken in 1917. Theo is the tall young man on the right. Slide16

In an ironic way the men who died in 1916 are easier to trace than those who survived. In searching for survivors, the obvious starting point was the written records relating to those who died. Those records provide a number of names of other participants which can then be checked against other sources. The two most useful for us were the Medal and Pension Records and our own Roll Listings for the school.

This produces the following list of participants. As will be seen these are strongly biased towards those who participated at Bolands Mills. We look to other sources later.

If anyone has information on any of the participants in our lists we would love to hear them.Slide17

A number of other names were mentioned as Row Boys but it was difficult to pin them down. Then this invaluable source led us to a number of others. Their details are included in the following chartsSlide20

We had missed Desmond in our original search of the roll records but found him registered as Desmond O’Ryan.Slide23

The one that nearly got away

There were other reasons for missing candidates. Charles Murphy declined any medals or pension payments- apparently because he say the Treaty as a betrayal of The Republic. The following piece written by his grandson appeared in the Evening Herald just before we finished our work.

Checking back to George A Lyons reports on proceedings we find we owe Charles a particular debt.

Dev ordered the burning of Westland Row railway station, Murphy was one of them men who thwarted his orders because they feared the fire would spread to the Church and SchoolSlide24

-prompted a number of additional stories. Two of these related to veterans whose descendants were pupils at Westland Row. In

addition the publication of Joe Duffy’s book drew attention to at least two youngsters who died in the conflict.

of the booklet drew our attention to a link we would otherwise have missed. Slide25

Patrick was educated at Westland Row and was a co-founder of Na Fianna Eireann in 1909. He fought at Boland’s Mills and subsequently in the War of Independence from 1919-21.

, Emergency Service, Golden Jubilee, and 1916 Survivors medals). In addition he retained a 1916 Armband given to Volunteers while they awaited their medals, and a tie pin (An Claidheamh Solais) presented to 28 survivors by Eamon De Valera. Slide26

As we were completing this document we heard from Liam McGurrell when he wrote to inform us of Sean’s story and asked if he appeared in the rolls. He did, at

a known address in what is now Fenian Street. Sean Quinn fought at Westland Row Railway Station along with Charles Murphy. He went on to a successful career in the army where he rose to the rank of Colonel. His obituary in An tOglach mentions that he was the officer in charge of Michael Collins funeral.

He died of peritonitis in Paris in 1924 where he accompanied the Irish boxing team to the Olympic Games.Slide27

The Children and the Parents

In his book on the Children of the Rising, Joe Duffy identified two child victims as pupils of Westland

Row - Christopher Andrews and John Kirwan. They should not be overlooked. Neither should the parents who suffered at that time.

A sharp eyed friend of

had mentioned in the booklet that three Naylor brothers were among the many hundreds of men from the parish who died in the Great War. Sean filled in the sad story of John Naylor and his family. On the day that he was killed in

France, John’s wife Margaret was shot as she crossed Ringsend Bridge with her children. She died a couple of days later leaving three orphans. As a war widow she was buried in Grangegorman Military Cemetery.  Descendants

of the couple recently located her grave and erected a headstone

the couple who had died in such tragic circumstances. Slide28

We mentioned at the outset that in 1916 the street names of the Parish had a very particular bias. Today many land-marks in the area commemorate Row

Finally a picture taken in 1946 of survivors from Boland’s Mill arrived on John Murray’s Facebook page. It is set out in our next slide. We would greatly welcome any stories prompted by this historic picture.

So that is the story as best we have been able to assemble it at this remove. Their

names are on the plaque. The pictures of at least some of the survivors are on the screen. There is a problem however.

I know we have some relatives of these remarkable men in the audience so we would welcome your help if you recognise anybody in the picture.

There is also a likelihood that we have missed some individuals in our searches. If you know of any others please let us know and we will try to put matters right.

Thank you very much for your attention. Slide34

David Byrne and Why Spotify Is PowerPoint Presentation
127 views 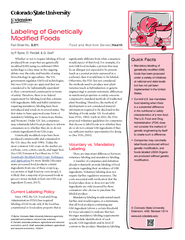 NARRATING THE SELF - PDF Slides
135 views 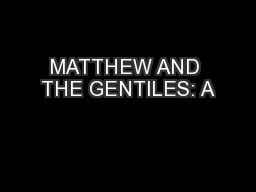 MATTHEW AND THE GENTILES: A - PDF Slides
152 views