The Shaping of Early Civilizations - Description

Standard 613 Lets Remember https wwwyoutubecomwatchvCJdT6QcSbQ0 Ancient River Valley Civilizations Geography where are they located natural boundaries Architecture what did they build that they are famous for ID: 541774 Download Presentation

Download Presentation - The PPT/PDF document "The Shaping of Early Civilizations" is the property of its rightful owner. Permission is granted to download and print the materials on this web site for personal, non-commercial use only, and to display it on your personal computer provided you do not modify the materials and that you retain all copyright notices contained in the materials. By downloading content from our website, you accept the terms of this agreement.

The Shaping of Early Civilizations

Geography- where are they located, natural boundaries

- what did they build that they are ‘famous for’

how were the people divided by class (jobs)

- who was in control

One major area of development of civilization was in an area called Mesopotamia. It was located in:

valley between the Tigris and

the land between the rivers”.

rivers so they could FARM. (crops

The Impact of Geography

The most important features of this area

for the development of civilization

Each year the rivers would flood, bringing important nutrients to the soil. Slide9Slide10

The Impact of Geography

to make it easier to grow crops.

able to grow a lot of food (surplus)= led to the development of cities.Slide11

In the cities, the Sumerians

Temples for their gods

Built them tall to be close to the gods

Only priests were able to go inside

The cuneiform alphabet had about 500 characters, or wedge shaped forms.

was a professional writer

Development of Writing in Mesopotamia (02:09)

The Role of Scribes in Ancient Sumerian Society

Sumer was divided into city-states

Each city had its own ruler, laws, and customs

Ruled by a priest-king, or king who was the head of the government and the ziggurat

. This is the oldest set of laws in the world.

one of Babylon's greatest

He did something that no one had ever done before. The Sumerians had created the first written language,

cuneiform. Using this written language, Hammurabi created the first written set of laws.  In Hammurabi's court, it did not matter if you were rich or poor. If you broke the law, and were found guilty, you would be punished.

Since the laws were clearly written down,

everyone was expected to obey them. Slide19

If a builder builds a house for some one, and does not construct it properly, and the house which he built falls and kills it’s owner, then that builder shall be put to

If a son strikes his father, they shall cut off his hand Slide22

If the woman has not been careful but has gadded about, neglecting her house and belittling her husband, they shall throw that woman into the water.Slide23

If a man put out the eye of another man, his eye shall be put out.

Until this law, what passed for “law” was simply custom or the wish of whoever was ruling at the time. The law could change from generation to generation – even minute to minute.

The class systems were unequal

Mesopotamia did not have a lot of natural resources

, or at least they did not have the ones in demand during that time period.  So,

to get the items they needed the Mesopotamians had to

the southern part of Mesopotamia,

along the sides of the rivers

so that ships could

traded food, clothing, jewelry, wine and other goods between the

What were the different ways that the Mesopotamians traded goods? Slide29

Development of Trade in Mesopotamia MESOPOTAMIA The first civilization can serve as a model for other early civilizations like Egypt, t PowerPoint Presentation
143 views 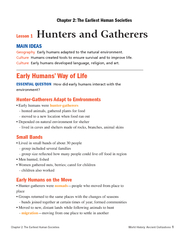