– . The best editing approach is to cut tight scenes without becoming too “. cutty. ”. This means taking out unnecessary pauses between actors’ delivery of dialogue lines. Sometimes it . means . ID: 270870

DownloadNote - The PPT/PDF document "Cut tight" is the property of its rightful owner. Permission is granted to download and print the materials on this web site for personal, non-commercial use only, and to display it on your personal computer provided you do not modify the materials and that you retain all copyright notices contained in the materials. By downloading content from our website, you accept the terms of this agreement.

”. This means taking out unnecessary pauses between actors’ delivery of dialogue lines. Sometimes it

tightening the gaps within dialogue sentences through the use of carefully placed cutaways. It may also mean losing redundant lines of dialogue, after the director has reviewed your cut.

brains seem to react better to edits where the change in picture and sound is not always together.

and stage position from one cut to another fall into the technical category of how to make a proper edit.

greatest weight is given to whether that cut drives the emotion of the scene or moves the story along. Technical matching is the least important concern.

(not that it should be thrown out the window)

audience will often ignore many minor continuity differences from one shot to the next if they stay totally engrossed in the story. Your job as the editor is to cut in such as way that they do.

Don’t cut back to the exact same angle

If you have a choice of several camera angles, don’t automatically cut back to the same camera angle or take that you just used in the previous shot.

the director shot different takes with different framing, try to use a little of all of them.

When the scene calls for cutaway inserts, it feels right to use three on a row. Not a single shot, not two, but three

These should be at least 1.5-2 seconds long (or longer). An example might be when a character enters the room and looks around.

POV inserts work nicely in triplets and give the audience a good idea of the landscape that the character encounters. It mimics our real-world experience of moving our head around and seeing different aspects of the same surroundings.

Cut for the eyes

Actors that do well on TV and in films (as compared with the stage) are all very expressive with their face, but most importantly, their eyes

When I’m cutting an intense dialogue scene, I’m looking at how the actors’ eyes play in the scene. Do they convey the proper emotion? What is the reaction of the other actors in the scene?

the actors are or aren’t doing facially determines my cutting. It drives my decision to stick with the principal actor delivering the dialogue or whether I briefly cut away to see reactions from the others.

Pull the air out of actors’ performances

Going back to Item 1 – I like to cut tight. Recognize that many actors will overact. They will milk a scene for more than is appropriate. They will accentuate pauses, add more stumbles and stammers (where scripted) and give lengthy glances. Sometimes this works, but your job as the editor is to dial these back as you cut. Take these pauses out by cutting away and then back. Cut out redundant actions and line deliveries. Make it real, so it doesn’t feel like ACTING.

Allows access to any clip without scrubbing through entire clips

Is only making references to clips on your hard drive. The clips are not actually there in the software program. That means that if you move your clips around or delete them off of your hard drive—you will offline your media.

The distance between any point on a wave and the equivalent point on the next phase. Literally, the length of the wave.

The strength or power of a wave signal. The "height" of a wave when viewed as a graph.

Higher amplitudes are interpreted as a higher volume, hence the name "amplifier" for a device that increases amplitude.

The number of times the wavelength occurs in one second. Measured in kilohertz (

), or cycles per second. The faster the sound source vibrates, the higher the frequency.

Higher frequencies are interpreted as a higher pitch.

For example, when you sing in a high-pitched voice you are forcing your vocal chords to vibrate quickly.

on magnetic tape and could push the recording level past the 0dB setting on a regular basis without any serious consequences.

When you push the audio level beyond that point, digital clipping occurs

To avoid digital clipping, it's good practice to keep your recording levels well below the ceiling. A common setting is -10dBFS. This gives you some headroom for inevitable peaks and still keeps the signal loud enough to avoid noise

a signal limiter of some kind.

key is, you never want to exceed zero, because your audio will get distorted

some of you might be delivering to a broadcast station, and they might have specific requirements for your audio mix level. It may be minus 18 or minus 20. The best rule of thumb is ask before you start editing and you won't have to go back and

Music when its an underscore: -18 dB

Part of the story world of the film

The Most Dangerous Game

Avoid jump cuts: A shot of a person sitting—cut to the same shot of the person standing creates a noticeable jump in time

Note: I found the whole movie (excellent quality) on

Sometimes words have to be separated

Narration works best when woven in with sync sound from a sceneBe careful that background sounds do not become distractingIdeally, final narration should be recorded in a sound booth to get high-quality clean sound

Tips and Tricks from -- Digital Films a blog by Oliver Peters 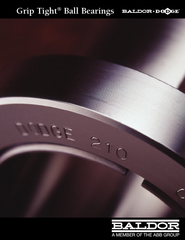 With All The Advantageswith a name that says it all: Grip Ti (IAM) gets more complex every day. Budgets are tight and get Tight product and semi-coloring of graphs