Download - The PPT/PDF document "TCS TATA CONSULTANCY SERVICES" is the property of its rightful owner. Permission is granted to download and print the materials on this web site for personal, non-commercial use only, and to display it on your personal computer provided you do not modify the materials and that you retain all copyright notices contained in the materials. By downloading content from our website, you accept the terms of this agreement.

He founded what would later become the Tata Group of companies. Jamsetji Tata is regarded as the "Father of Indian Industry".Born: March 3, 1839, NavsariDied: May 19, 1904, Bad NauheimEducation: Elphinstone CollegeChildren: Dorabji Tata

Cyrus Mistry Present chairman (Non-Independent Non-Executive)On the selection of his successor, Ratan Tata had said that he was impressed by the "

, vice-chairman of Tata Sons, zeroed in on

after an 18-month search

He appointed as an chairman on 29 December

He is also Director of the following TATA group companies:

He is also Director of the following TATA group companies:

SIRUSERI IT CAMPUS,CHENNAI   Siruseri IT Campus for Tata Consultancy Services(TCS) was designed by Carlos Ott Architects in association with Carlos Ponce de Leon Architects.This unique and carefully master planned complex is being created to bring together different activities and to act as a showcase for TCS as a worldwide leader in It solutions.BEST CONSTRUCTION AWARD:

The total number of employees in tata consultancy services is 2,53,337The first name of TCS is TATA COMPUTER CENTERThe first tool developed in TCS is PUNCH CORDS 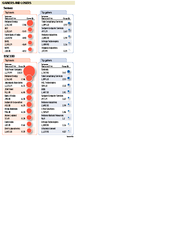