Who Will You Be This Year? - PowerPoint Presentation Who Will You Be This Year? - Description

Various Scriptures Apathetic Christian Apathy 1  lack of enthusiasm or energy  lack of interest in anything or the absence of any wish to do anything 2  emotional emptiness  inability to feel normal or passionate human feelings or to respond emotionally ID: 165324 Download Presentation

Download Presentation - The PPT/PDF document "Who Will You Be This Year?" is the property of its rightful owner. Permission is granted to download and print the materials on this web site for personal, non-commercial use only, and to display it on your personal computer provided you do not modify the materials and that you retain all copyright notices contained in the materials. By downloading content from our website, you accept the terms of this agreement.

Who Will You Be This Year?

lack of enthusiasm or energy:

lack of interest in anything, or the absence of any wish to do anything

1. They do not TRULY believe the Word of God

“See to it, brothers and sisters, that none of you has a

sinful, unbelieving heart that turns away from the living

2. Ingratitude is found in these people. Due to the superficial relationship, there is no basis for gratitude for the things of God.

“For although they knew God, they neither glorified him as God nor gave thanks to him, but their thinking became futile and their foolish hearts were darkened.”

3. Inaction is the behavior of apathy. If you do not care, you do not act!

4. Indifference is the attitude of apathy. If you don't care about the things of God, it is hard to conceal that. If you are unconcerned about the lost, that will be seen in your inaction toward themSlide4

How does apathy in the Church make Jesus

“I know you inside and out, and find little to my liking. You're not cold, you're not hot—far better to be either cold or hot! You're stale. You're stagnant. You make me want to vomit.”- Revelation 3:15,16 The MessageSlide5

“In protest of what it calls a religion "of the devil," a nondenominational church in Gainesville, Florida, plans to host an "International Burn a Quran Day" on the ninth anniversary of the September 11, 2001, attacks.

The Dove World Outreach Center says it is hosting the event to remember 9/11 victims and take a stand against Islam.” -

Activist Christians are at the other end of the spectrum from apathetic Christians.

They are easily drawn into topics, attitudes or movements without taking time to seek the will of God.Slide6

“Activism should be governed by what "activities" we promote and participate in. Whenever we adopt fleshly methods for spiritual purposes or gains, our successes will be disappointing or meaningless as far as God is concerned.”

“Not everyone who says to Me, ‘Lord, Lord,’ shall enter the kingdom of heaven, but he who does the will of My Father in heaven. Many will say to Me in that day, ‘Lord, Lord, have we not prophesied in Your name, cast out demons in Your name, and done many wonders in Your name?’ And then I will declare to them, ‘I never knew you; depart from Me.”

People who encounter the risen Christ are totally transformed.

They do not hesitate to face hardship

. - Why does God allow this kind of pain and suffering to Christians? Paul and Barnabas strengthened the disciples, appointed elders, and encouraged them all to remain true to the faith this way:

"We must go through many hardships to enter the kingdom of God."

They do not hesitate to face persecution.

“I know your afflictions and your poverty—yet you are rich! I know about the slander of those who say they are Jews and are not, but are a synagogue of Satan. Do not be afraid of what you are about to suffer. I tell you, the devil will put some of you in prison to test you, and you will suffer persecution for ten days. Be faithful, even to the point of death, and I will give you life as your victor’s crown.”

They do not hesitate to face death.

was preaching the gospel in Jerusalem on the Passover after Christ’s crucifixion. He was cast out of the city and stoned to death. About 2,000 Christians suffered martyrdom during this time (about 34 A.D.).

was the apostle who filled the vacant place of Judas. He was stoned at Jerusalem and then beheaded.

was condemned to death and crucified at Rome. Jerome holds that Peter was crucified upside down, at his own request, because he said he was unworthy to be crucified in the same manner as his Lord.

suffered in the first persecution under Nero. Because of the converting impact he was having on people in the face of martyrdom, he was led to a private place outside the city where he gave his neck to the sword.Slide9

Many consecrate their own lives to serving others, disregarding their own needs and desires. 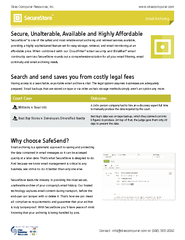 Page 4/4SecureStoreInbound/Outbound archiving . Plus the addition of PowerPoint Presentation Year 11: The Year Ahead PowerPoint Presentation