DownloadNote - The PPT/PDF document "15 Weird Facts About Dogs" is the property of its rightful owner. Permission is granted to download and print the materials on this web site for personal, non-commercial use only, and to display it on your personal computer provided you do not modify the materials and that you retain all copyright notices contained in the materials. By downloading content from our website, you accept the terms of this agreement.

Dogs like to be tickled on their stomach. This makes them happy.A dog smells another dog’s urine when going for a walk.

Dogs like to chase other animals like cats, mice and frogs. They don’t want to eat them, just play with them. Dogs have twice as many ear muscles as humans do.

Dogs only have sweat glands in their paws, so they have to pant to get cool

Dogs are descended from wolves. Humans have kept dogs for 12,000 years.

Dogs communicate with other dogs by barking.Dogs can recognise up to 250 words or gestures.

Dogs sense of smell is a lot better than humans. They can smell 10,000 times stronger than a human.Dogs can hear 4 times as far as humans.

In 1957, a dog named Laika was the first living creature sent into space. 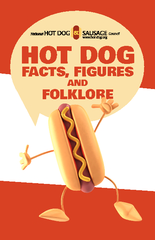 PAPER 1 PAPER 2 Can you think WHERE IS THE WEIRD?