Download Presentation - The PPT/PDF document "South African Chamber of Commerce and In..." is the property of its rightful owner. Permission is granted to download and print the materials on this web site for personal, non-commercial use only, and to display it on your personal computer provided you do not modify the materials and that you retain all copyright notices contained in the materials. By downloading content from our website, you accept the terms of this agreement.

Employment trends in South Africa and

Rampant public sector Transfer of resources from productive sector to the public sector Creation of sheltered employment for political supporters Low levels of efficiency in service delivery to the poor Debt ridden, parasitic and subsidy dependant parastatalsUnder performance leading to declining confidence in legitimacy of the stateCorruption ridden

South African LabourTrade UnionsOrganised labour had allied itself to liberation parties in struggle against apartheid with the hope that the new democratic government would have greater control over the private sector. This expectation has not been met in stead the ruling party has grown the public sector but there are political allegiance conditions attached to workers benefitting from this arrangement. This has led to a growing rift to workers employed in the private sector from those in the public sector. Globalisation has increased competition on South Africa’s private sector. This has heightened the level of insecurity amongst workers in the this sector. This accounts for growing unpredictability in the behaviour of organised labour. LESOTHO CHAMBER OF COMMERCE AND INDUSTRY BOMBAY CHAMBER OF COMMERCE AND INDUSTRY Why shall I be part of Chamber of Commerce of Ex Servicemen? 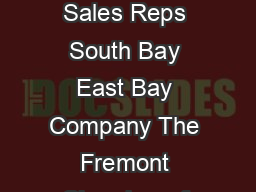 Cebu Chamber of Commerce and Industry