Download Presentation - The PPT/PDF document "Hospitality and Tourism" is the property of its rightful owner. Permission is granted to download and print the materials on this web site for personal, non-commercial use only, and to display it on your personal computer provided you do not modify the materials and that you retain all copyright notices contained in the materials. By downloading content from our website, you accept the terms of this agreement.

How popular is air travel?

In times of peace, approximately 8 million people take a plane trip each day.Slide3

In the United States, the airlines are PRIVATELY owned!Slide5

– The time a plane can land, be at a gate, and take off

– Flights made over regularly flown routes according to a published timetable

The carrier’s obligation to provide transportation as promised and the statement of the limit of liability for loss and damage claim if it does not fulfill its part of the bargain.Slide9

Most major airlines have one or more “hubs”

Passengers fly from “hub” to “spokes” and from “spokes” to “hub” to connect to other cities.It saves the airlines money

– A flight form origin to destination with no intermediate stops

– A trip from origin to destination with no return to origin

– A trip from origin to destination with return to origin. Flights follow same route and use same carrier.

Check-in: Lets the airline know a passenger has arrived. Baggage is often weighed and checked-in.

Boarding passes: Can be obtained at the airline counter near the terminal entrance.

Ticket lift: At some point, tickets are collected by the airline, to account for passengers

– Bags are checked during the check in process. Must be within weight and size restrictions. Fees could apply.

Most airlines are now charging a baggage fee.

Example - $25 for 1 checked bagHow much luggage is estimated that the airlines lose each day?Fewer than 1% of nearly 3 million bagsCarry-On – Must meet size restrictions - be able to fit in overhead bins or under the seat. Must meet all security restrictions.Slide15

Airport security is controlled by the government

Checked luggage is screened as wellSlide16

The duties of an airport manager:

They also process your luggage

Can people use a Skycap when flying international?

No, they must pass through customsSlide20

Pilots have a daily flight limitation of 10 hours for a two-person crew.

Flight crews may not exceed a maximum of 40 flight hours during any seven consecutive days.

Each must have a 24-hour rest period during any seven consecutive day period.Slide22

Flight attendants fly from 75 to 85 hours a month, plus they have about 50 hours a month duty time between flights.Slide24

To keep airplanes flying safe in the sky

To keep airplanes away from each other

– Scaled down from first class. More room and comfort than coach. Service comparable to first class.

Bulkhead seats are seats immediately behind the wall that separates coach from first class.

All U.S. flights are non-smoking.

Price is the most important factor when buying a travel product

How Are Fares Determined?

The Actual Cost of Service

Consolidators are high-volume ticket sellers who contract with carriers to consolidate or sell at reduced rates, airlines’ excess inventory – seats that would otherwise fly empty.Slide34

Yikes!!! Look at those PRICES!

The times when discounted fares are not available, occurring during holidays and peak-season are known as

“What do you mean it is Overbooked?”

How do no-shows affect an airline?

How many airports are there

There are 17,000 airports in the United States

What airport is within a 90-minute flight of more than 50% of the U.S. and Canadian populations?

What is North America’s largest-in-area airport?

What airport is designed to handle as many as 250,000 arriving passengers a day?Atlanta- Hartsfield-Jackson -ATLSlide39

The United States accounts for more than 1/3 of the world’s aircraft activity.

Of the world’s 30 busiest airports, 11 are in the United States.

Airways are numbered just like highways on the ground.

The FAA are airway patrollers to keep things running smoothly in the air and in the airports.

The control tower is the nerve center of the airport.

The top of the tower is the cab.

Terminals are the buildings used by passengers in their procession from ground to air.Slide41

An airline marketing strategy, that helps airlines to make a profit as well as build loyalty.

Advantages of being a member of an Airline Executive Club: 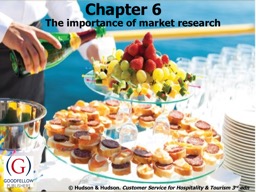 The different types of tourism and hospitality - PDF Slides
2 views