THE ROLE OF TAXPAYER ADVOCATES AND OMBUDS IN PROMOTING PROC - Description

Presentation on theme: "THE ROLE OF TAXPAYER ADVOCATES AND OMBUDS IN PROMOTING PROC"— Presentation transcript

– i.e., treatment involving respect for people; respect for their rights; treatment with dignity and courtesy; care and concern from authorities.

issues can be considered at the institutional level and/or in terms of the actions of particular individuals.”--- Tom Tyler, Legitimacy and Criminal Justice: The benefits of self-regulation  (2009)

Tax Morale“If people hate taxes so much why do they pay them?  The common, seemingly obvious, answer – fear of being caught cheating – is only a partial answer. . . .The key to this puzzle is ‘tax morale,’ the collective name for all the non-rational factors and motivations – such as social norms, personal values and various cognitive processes – that strongly affect an individual’s voluntary compliance with laws.  Higher tax morale correlates with higher tax compliance.”

--Marjorie E. Kornhauser, Normative and Cognitive Aspects of Tax Compliance: Literature Review and Recommendations for the IRS Regarding Individual Taxpayers

Office of the Taxpayer AdvocateInternal Revenue Code § 7803(c) describes the mission and duties of the office:A

ssist taxpayers in resolving problems with the Internal Revenue Service (IRS);Identify areas in which taxpayers have problems in dealings with the IRS;To the extent possible, propose changes in the administrative practices of the IRS to mitigate problems identified; andIdentify potential legislative changes which may be appropriate to mitigate such problems.

How does TAS accomplish its mission?Case Advocacy: 78 Local Taxpayer Advocate offices advocate with respect to specific taxpayer cases; by statute, at least one must be located in each state; includes Technical Advisors as subject matter experts.

How does TAS accomplish its mission?Research Function: Conducts applied research studies and reviews all data cited in NTA Reports to Congress and testimony; provides analyses for TAS business operations.

Attorney-Advisors: Support the NTA in all her duties, especially the Annual Reports to Congress and review and comments on Regulations.Headquarters: Includes Business Modernization (IT), Finance, Training, Business Analytics.

Additional DemographicsSince it stood up in 2000, TAS has assisted about 3.7 million taxpayers in resolving their problems with the IRS.

That is a lot of taxpayers!10Slide11

The Right to a Fair and Just Tax SystemTaxpayers have the right to expect the tax system to consider facts and circumstances that might affect their underlying liabilities, ability to pay, or ability to provide information timely.

Taxpayers have the right to receive assistance from the Taxpayer Advocate Service if they are experiencing financial difficulty or if the IRS has not resolved their tax issues properly and timely through its normal channels.11Slide12

ConfidentialityEach local taxpayer advocate may, at the taxpayer advocate’s discretion, not disclose to the IRS contact with, or information provided by, such taxpayer. IRC 7803(c)(4)(A)(iv).

CommunicationsEach local office of the taxpayer advocate shall maintain a separate phone, facsimile, and other electronic communication access, and a separate post office address. IRC 7803(c)(4)(B).

Taxpayer Assistance Order (TAO)Issued by the National Taxpayer Advocate (and her delegates) where the taxpayer is suffering or about to suffer a significant hardship as a result of the manner in which the internal revenue laws are being administered by the Secretary. IRC 7811(a)(1).

Taxpayer Assistance OrderMay require the Secretary of the Treasury within a specified time period to:

(1) to release property of the taxpayer levied upon, or(2) to cease any action, take any action as permitted by law, or refrain from taking any action, with respect to the taxpayer [with respect to collection, bankruptcy and receiverships, discovery of liability and enforcement of title,] or any other provision of law which is specifically described by the National Taxpayer Advocate in such order. IRC 7811(b)(1) and (2).

Taxpayer Advocate Directive (TAD)A TAD may be issued to

mandate administrative or procedural changes to improve the operation of a functional process, or grant relief to groups of taxpayers (or all taxpayers) when its implementation will protect the rights of taxpayers, prevent undue burden, ensure equitable treatment, or provide an essential service to taxpayers.

TransparencyAnnual Reports to Congress:(1) Objectives Report to Congress: delivered by June 30 of each year, NTA reports on objectives of her office for the upcoming fiscal year, including “full and substantive analysis, in addition to statistical information.”

(2) Annual Report to Congress: delivered by December 31 of each year, NTA reports on the activities of her office during the past fiscal year.22Slide23

“Each report . . . Shall be provided directly to the [Committee on Ways and Means of the House of Representatives and the Committee on Finance of the Senate] without any prior review or comment from the Commissioner, the Secretary of the Treasury, the Oversight Board, any other officer or employee of the Department of the Treasury, or the Office of Management or Budget.” IRC 7803(c)(2)(B)(iii).23Slide24

Annual Report to CongressLegislative Recommendations “as may be appropriate to resolve problems encountered by taxpayers.” IRC 7803(c)(2)(B)(ii)(VIII); and

Identify areas of the tax law that impose significant compliance burdens on taxpayers or the IRS, including specific recommendations for remedying these problems. IRC 7803(c)(2)(B)(ii)(IX).26Slide27

Annual Report to CongressMost Litigated Issues: “identify the 10 most litigated issues for each category of taxpayers, including recommendations for mitigating such disputes.” IRC 7803(c)(2)(B)(ii)(X)

And …. “Include such other information as the National Taxpayer Advocate may deem advisable.” IRC 7803(c)(2)(B)(ii)(XI). [The NTA’s favorite provision!]27Slide28

.Since 2000, TAS has issued 2000 Taxpayer Assistance Orders (and threatened to issue many, many more).28Slide29

Tax Administration Impact of Taxpayer Advocate Independency and TransparencySince 2001, TAS has made 1,351 administrative recommendations in its Annual Report to Congress.

Most recently the IRS agreed to 48 % of the administrative recommendations made in the 2014 Annual Report to Congress.29Slide30

Tax Administration Impact of Taxpayer Advocate Independency and TransparencySince 2001, TAS has made 166 Legislative Recommendations, 24 of which Congress or the IRS (through regulations) has adopted. Congress has introduced over 250 bills proposing enactment of the NTA’s legislative recommendations.

The NTA has testified before Congress more than 60 times, addressing taxpayer concerns.30Slide31

receive relief in their TAS cases still felt more positive about the IRS as a result of their interaction with TAS.[TAS Customer Satisfaction Surveys, through 3rd quarter FY 2015.]32Slide33

TAS and Taxpayer ComplianceTAS Research is currently studying the relationship between TAS assistance and future compliance of the taxpayers TAS assists.

TAS Promotes Taxpayer TrustTAS casework serves as a check on the coercive power of the tax agency.The taxpayer can have some expectation that if he makes a mistake or experiences some kind of hardship, there is an entity that can ensure the government takes into consideration those specific circumstances. (The right to a fair and just tax system.)

Download Presentation - The PPT/PDF document "THE ROLE OF TAXPAYER ADVOCATES AND OMBUD..." is the property of its rightful owner. Permission is granted to download and print the materials on this web site for personal, non-commercial use only, and to display it on your personal computer provided you do not modify the materials and that you retain all copyright notices contained in the materials. By downloading content from our website, you accept the terms of this agreement. 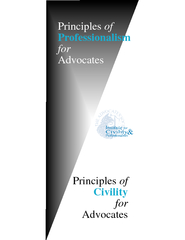