DownloadNote - The PPT/PDF document "Benelux Countries" is the property of its rightful owner. Permission is granted to download and print the materials on this web site for personal, non-commercial use only, and to display it on your personal computer provided you do not modify the materials and that you retain all copyright notices contained in the materials. By downloading content from our website, you accept the terms of this agreement.

What are the Benelux Countries?

The Benelux Countries are an economic union in Western Europe that includes three neighboring monarchies, Belgium, the Netherlands, and Luxembourg, which lie in the north western European region between France and Germany. The name is formed from the beginning of each country's name.

Objective of the Benelux Countries

of bringing about total

by ensuring free circulation of persons, goods, capital, and services; by following a coordinated policy in the economic, financial, and social fields; and by

Facts about the Benelux

Name is formed from the names of the three countries that make it: Belgium, the Netherlands, and Luxembourg.Most of the Benelux Countries are Catholic.Government is democratic with a high standard of living.Belgium’s capital, Brussels, hosts the largest court house in the world.

The union was established to promote free movement of workers, capital, goods, and services in the Benelux region. All three countries were also founding members of what has become the European Union (EU), which has implemented these same reforms. Benelux was the first entirely free international labor market, but its goal of merging the fiscal and monetary systems of the three countries was only largely fulfilled when most EU nations replaced their currencies with the euro (2002). France and the Benelux Countri
13

France and the Benelux Countries

France and the Benelux Countries 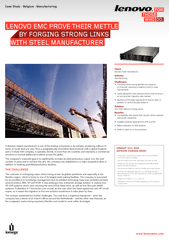