History of the Stock Market - Description

Download Presentation - The PPT/PDF document "History of the Stock Market" is the property of its rightful owner. Permission is granted to download and print the materials on this web site for personal, non-commercial use only, and to display it on your personal computer provided you do not modify the materials and that you retain all copyright notices contained in the materials. By downloading content from our website, you accept the terms of this agreement.

# your whiteboard #1-14Write down the correct letter to each Q

Where's the oldest stock exchange in the world?A Lyon, France B Barcelona, Spain

Where was the first stock exchange in the United States?

The founders of the New York Stock Exchange took inspiration from which country's stock market?A Great Britain B France

What was the first listed company on the NYSE?A Nationwide Insurance B Prudential

What's the largest stock exchange in the world, in terms of market capitalization (basically, the total value of all listed companies)?A New York Stock Exchange

What's the name for the method of communications used by stock traders frantically running around a trading floor and using hand signals?A verbal auction

Which of the following is an example of a defensive stock?

What does it mean when a trader flashes four fingers parallel to the floor, palm out?A sell four shares B sell nine shares

What was the first totally electronic stock market?A NASDAQ B London Stock Exchange

How many companies are in the Dow Jones Industrial Average?A 10 B 30

Which company is NOT a member of the Dow Jones Industrial Average?A Verizon B Amazon

What do we call a strong economy -- a bull or bear market?A bull B bear

Which federal agency is responsible for regulating the stock markets?A Federal Trade Commission

What historic agreement rang in the start of the New York Stock Exchange in 1792?A Buttonhole Agreement B

Where's the oldest stock exchange in the world?

E) Antwerp, Belgium The Antwerp Bourse opened its doors in 1460 and kept going until 1997.

Where was the first stock exchange in the United States?

C) Philadelphia, Pa. New York is where all the action is today, of course, but the Philadelphia Stock Exchange, founded in 1790, predated it by two years.

The founders of the New York Stock Exchange took inspiration from which country's stock market?

D) Spain The value of the dollar had been based on the Spanish real, so the NYSE founders looked to Spain for inspiration for their stock market, too. Long story, but the Spanish real is also the reason for all the fractional stock prices in the NYSE.

What was the first listed company on the NYSE?

What's the largest stock exchange in the world, in terms of market capitalization (basically, the total value of all listed companies)?

What's the name for the method of communications used by stock traders frantically running around a trading floor and using hand signals?

B) open outcry Open outcry is the (perhaps soon-to-be extinct) way to communicate transactions through shouting and hand signals.

Which of the following is an example of a defensive stock?

What does it mean when a trader flashes four fingers parallel to the floor, palm out?

What was the first totally electronic stock market?A) NASDAQ has been electronic (meaning, no trading floor) ever since its inception in 1971. All other stock markets have lagged far behind, although they're getting there.

Which federal agency is responsible for regulating the stock markets?B)

Securities and Exchange Commission The SEC is in charge of the securities industry and the stock markets.

What historic agreement rang in the start of the New York Stock Exchange in 1792?

D) The historic Buttonwood Agreement, which was signed by 24 of the most prominent bankers, brokers and merchants of the time, described a plan for trading stocks and securities through a common clearing house.

During the Revolutionary War, the new U.S. government did not have the funds to pay for the war effort. To gain funds, the government issued bonds with a promise of repayment in the future. The bond purchasers were given promissory notes on paper. After the war, those in control of the bonds began trading them for immediate compensation. Merchants recognized the need for a place to exchange these bonds as well as commodities; this gave rise to commercial centers, which eventually became the stock exchanges of America

In the last decade of the 18th century, 24 of the top members of the New York financial community recognized the need for an exchange. They created what was then called the Security Exchange Office. This name persisted until 1863; after that year, the exchange was referred to as the New York Stock Exchange. Since its inception, the NYSE has set limits on the minimum amount of shares that had to be offered, along with other requirements, if corporations wished to have their stock traded on the exchange. The exclusive nature of the exchange led to its becoming the premier exchange in America. During the economic boom of the early 20th century, every emerging company wanted to have its shares traded on the NYSE. Today the NYSE is the largest exchange in the United States.

The NASDAQ was founded by the National Association of Securities Dealers. Founded in the early 1970s, the NASDAQ was the world's first electronic market. The NASDAQ has since partnered with a Swedish exchange called OMX and purchased the Philadelphia Stock Exchange. The NASDAQ has grown quickly, and it is today the largest electronic trading market in the world with thousands of companies listed. It is also the second largest trading market in the United States.

The depression originated in the U.S., after the fall in stock prices that began around September 4, 1929, and became worldwide news with the stock market crash of October 29, 1929 (known as Black Tuesday).

The Great Depression had devastating effects in countries rich and poor. Personal income, tax revenue, profits and prices dropped, while international trade plunged by more than 50%. Unemployment in the U.S. rose to 25%, and in some countries rose as high as 33

%.Cities all around the world were hit hard, especially those dependent on heavy industry. Construction was virtually halted in many countries. Farming and rural areas suffered as crop prices fell by approximately 60

Facing plummeting demand with few alternate sources of jobs, areas dependent on primary sector industries such as cash cropping, mining and logging suffered the most. 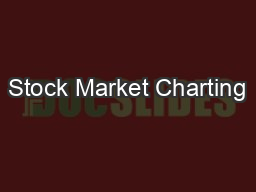 The Stock Market 11.3 What are the benefits and risks of bu Introduction to the Stock Market Objectives: Content : Understand the basics of how the stock