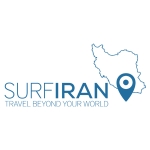 Are you planning to visit Iran? Are you wondering It is safe to visit Iran? or Do I need a visa for Iran? And how hard is to get a visa? or even Is it safe for US citizens to visit Iran? There lots of important information to do or not to do in Iran, and on this slides we have listed some of most i.... ID: 224771

DownloadNote - The PPT/PDF document "Visit Iran | Tips for First Time Travele..." is the property of its rightful owner. Permission is granted to download and print the materials on this web site for personal, non-commercial use only, and to display it on your personal computer provided you do not modify the materials and that you retain all copyright notices contained in the materials. By downloading content from our website, you accept the terms of this agreement. More than million travelers visit a U

More than million travelers visit a U