917 WWI Satirical Maps Map Explanation in the words of the artist Keith Thompson The Clanker Powers Germany is a massive military machine with weapons aimed outwards to all surrounding countries It points threateningly at Britain not so much as a sign of direct aggression but mor ID: 510404 Download Presentation

Map Explanation in the words of the artist, Keith Thompson:

- Germany is a massive military machine with weapons aimed outwards to all surrounding countries. It points threateningly at Britain, not so much as a sign of direct aggression, but more as an indicator that it was now Germany’s turn to start a grand global Empire to challenge the world’s current one.

Austria Hungary is an aggressive

giant, teetering on shoddy foundations. It is also the primary aggressor in a land grab against Serbia, with two bayonets piercing the border.

The Ottoman empire is a teetering automaton, collapsing under the weight of a paranoid and ungainly spying network that gazes at Europe through many lenses and spy glasses.

The Swiss watch ticks away the time, comfortable to wait it all out.

- Britain is an militaristic lion beast with a Roman Imperial italic-type helmet. It sits upon a mound of riches gathered from its Empire.

built for the Universal Exhibition of 1889 in Paris (later it ended up going to the Moulin Rouge.) It also represents France’s huge significance in WWI.

Russia is a huge imperialist bear, rotting and filled with maggots.

Serbia’s imagery (a skeleton) is an indicator of the huge amounts of civilian deaths and suffering they’ll find themselves subject to.

Norway and Sweden are both Scandinavian trolls in the style of John Bauer, an incredible and inspirational illustrator from the time who produced a lot of phenomenal work during the war.

Ireland looks askance to Britain and brandishes a shillelagh. An indicator of their very rough relationship at the time, and of their upcoming involvement with the Central powers.

Italy is a clutch of snakes with intents on the Central powers despite existing agreements. A foreshadowing of their arrangements at the secret 1915 Treaty of London where they were promised land in exchange for involvement. Slide4Slide5Slide6Slide7Slide8Slide9Slide10

Download Presentation - The PPT/PDF document "The Great War" is the property of its rightful owner. Permission is granted to download and print the materials on this web site for personal, non-commercial use only, and to display it on your personal computer provided you do not modify the materials and that you retain all copyright notices contained in the materials. By downloading content from our website, you accept the terms of this agreement. 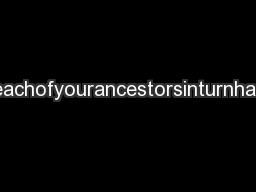 How Great Is Our God PowerPoint Presentation