Assignment Create a graphic organizer that clearly explains the differences between outbreaks epidemics and pandemics Give two examples of each Explain where it originated and what type of pathogen it is ID: 538820 Download Presentation

Download Presentation - The PPT/PDF document "Outbreaks, Epidemics, and Pandemics" is the property of its rightful owner. Permission is granted to download and print the materials on this web site for personal, non-commercial use only, and to display it on your personal computer provided you do not modify the materials and that you retain all copyright notices contained in the materials. By downloading content from our website, you accept the terms of this agreement.

Create a graphic organizer that clearly explains the differences between outbreaks, epidemics and pandemics.

Give two examples of each. Explain where it originated and what type of pathogen it is.

How can we decrease the spread of disease? (at least 5 ways)Slide3Slide4Slide5Slide6Slide7

is the sudden occurrence of a disease in a community, which has never experienced the disease before or when cases of that disease occur in numbers greater than expected in a defined area.

So what exactly is an epidemic? It is an occurrence of a group of illnesses of similar nature and derived from a common source, in excess of what would be normally expected in a community or region. A classic example of an epidemic would be Severe Acute Respiratory Syndrome (SARS). The epidemic killed about 774 people out of 8,098 that were infected. It started as an outbreak in Asia and then spread to

and took the form of an epidemic. The same is true for Ebola, which is now being termed an

A pandemic on the other hand refers to a worldwide epidemic, which could have started off as outbreak, escalated to the level of an epidemic and eventually spread to a number of countries across continents. The 2009 flu pandemic is a good example. Between the period of April 2009 and August 2010, there were approximately 18,449 deaths in over

and within two months, sustained human-to-human transmission in several countries on different continents was reported, prompting the WHO to announce the highest alert level (phase 6, pandemic) on

What if We Killed All Mosquitos?: https://www.youtube.com/watch?v=e0NT9i4Qnak Social mobilisation in the national response for the control of emerging outbreaks, epidemics, and PowerPoint Presentation
1 views 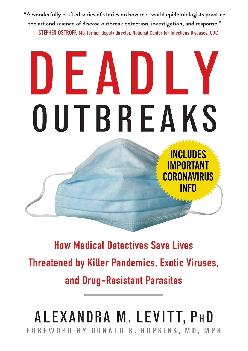