Chapter 2.2 Guided Notes. What is Weather?. Weather is the condition of Earth’s atmosphere at a particular time and place.. What is Wind. ?. Wind is air moving across the surface of the Earth. It can move horizontally or parallel to the ground.. ID: 300168

DownloadNote - The PPT/PDF document "Wind and Wind Patterns" is the property of its rightful owner. Permission is granted to download and print the materials on this web site for personal, non-commercial use only, and to display it on your personal computer provided you do not modify the materials and that you retain all copyright notices contained in the materials. By downloading content from our website, you accept the terms of this agreement.

Weather is the condition of Earth’s atmosphere at a particular time and place.

Wind is air moving across the surface of the Earth. It can move horizontally or parallel to the ground.

Sunlight strongly heats an area of the ground. The ground heats the air. The warm air rises, and an area of low pressure forms.

Air moves as wind across the surface, from higher towards lower pressure.

Why does the Sun heat the Earth unevenly?

Since the Earth is round, the suns energy does not evenly reach and heat the Earth.

Sunlight is concentrated near the equator because it strikes it directly.

Sunlight is more spread out near the poles because it strikes at a lower angle.

Think of a flashlight…

The Earth is heated unevenly, so what?

Uneven heating between the equator and the poles causes global winds.Since the Earth is round, the sun’s energy doesn’t evenly reach and heat the Earth.Sunlight is concentrated near the equator because it strikes it directly. Warm air rises, producing low pressure.

Sunlight is more spread out near the poles because it strikes at a lower angle.Because less sunlight reaches here, the air is cooler and denser.The sinking dense air produces high pressure that sets global winds in motion.

he Earth is heated unevenly, so what?

How does Earth’s rotation effect wind?

If Earth didn’t rotate, global winds would flow directly from the poles to the equators.

But Earth’s rotation changes the direction of the wind. This is called the

Global winds curve as Earth turns beneath them.

Winds in the Northern

emisphere curve to the right.

Winds in the Southern Hemisphere curve to the left.

Effect is only noticeable for winds traveling long distances.

What are Global Winds?

The distances winds travel varies.Some winds die out quickly and travel short distances.The winds that travel thousands of miles and are able to last for weeks are called Global Winds.The Coriolis Effect prevents the winds from flowing directly from the poles to the equator, causing them to move in three routes, called global wind belts.

A giant loop of moving air.Includes a wind belt and the calm regions that border it.http://www.youtube.com/watch?v=6lqWE74ve5U

Dense air sinks in high pressure areas and it flows out to areas of low pressure.

This pattern produces three global wind belts in each hemisphere.

Effect, winds curve toward the east or west. Some global wind belts are named for the direction from which they blow.

Earth’s rotation and uneven heating of its surface cause a pattern of wind belts separated by calm regions.

Each calm region is a zone of either high or low pressure.

Winds are light and they often change direction.

Air spreads out towards poles

Weather tends to be clear and dry

Model of the Earth with all wind belts, convection cells, and calm regions.

Sailors have sought out and relied on global wind belts for centuries, using the trade winds to move from Europe to N America, and the westerlies to return home.Air travel time can be lengthened or shortened by jet streams.

Not all winds travel along Earth’s surface!

Jet Streams are long-distance winds that travel in the upper troposphere.

They travel long distances from west to east.

Form due to uneven heating of Earths surface, like global winds.

Flow in a wavy pattern around the Earth.

Each Hemisphere has two.

The warm Gulf Stream waters from FL combine with the cold winds from the north. This brings dense fog and immense heat transfer causing intense storms.

Change daily within a regular pattern and blow within small areas.

Sea breezes- During the day, land heats up faster than water. Air over the land rises and denser ocean air (high pressure) moves toward the area of low pressure.

Land breezes- During the night, land cools faster than water. Warm air rises over the ocean and cooler air flows in, producing a land breeze.

Mountain slopes heat up and cool faster than the valleys below them.

During the day, valley breezes flow up mountains- mountain breezes

During the night, mountain breezes flow down into valleys- valley breezes 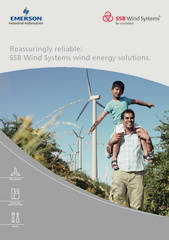 What is Wind Chill Temperature
256

What is Wind Chill Temperature It is the temperature it feel

What is Wind Chill Temperature It is the temperature it feel