Download Pdf - The PPT/PDF document "SIAMR EVIEW SocietyforIndustrialandAppli..." is the property of its rightful owner. Permission is granted to download and print the materials on this web site for personal, non-commercial use only, and to display it on your personal computer provided you do not modify the materials and that you retain all copyright notices contained in the materials. By downloading content from our website, you accept the terms of this agreement.

tobecomputedin log )operationsratherthan )operations. Unfortunately, when the sampling is nonuniform, the FFT does not apply. Over the last few years, a number of algorithms have been developed to overcome this limitation and are often referredtoas nonuniformFFTs (NUFFTs). Theserelyonamixtureofinterpolationand thejudicioususeoftheFFTonanoversampledgrid[A.Duttand(.)o*hlin, SIAMJ. Sci.Comput. ,14(1993),pp.1368113832. Inthispaper,weobservethatoneofthestandardinterpolationor3gridding4schemes, based on Gaussians, can be accelerated by a signi6cant factor without precomputation and storage of the

interpolation weights. This is of particular value in two7 and three7 dimensional settings, saving either 18 in storage in dimensions or a factor of about 9118inC;Utime(independentofdimension). Key words. nonuniformfastFouriertransform,fastgridding,FFT,imagereconstruction AMS subject classiﬁcations. 42A38,44A39,69T98,69)18 DOI. 18.113=/S883614498343288@ 1. Introduction. In this note, we describe an extremely simple and eﬃcient implementation of the nonuniform fast Fourier transform (NUFFT). There are a host of applications of such algorithms, and we refer the reader to the

Mathematical Sciences, New Eor* University, New Eor*, NE 18812 (greengardFcims.nyu.edu). The wor* of this author was supported by the Applied Mathematical Sciences;rogramoftheU.S.DepartmentofGnergyundercontractDGFGO288G)29893. Department of Mathematics, Gwha Womans University, Seoul, 1287=98, Korea (jyleeFmath. ewha.ac.*r). Thewor*ofthisauthorwassupportedbytheKorea)esearchFoundationundergrant 288278197C;8844. 443 Page 2 444 LESLIEGREENGARDANDJ,NE-Y,BLEE )= ,k ,k (2) respecti,ely, where [0 [0 ( and ,k It is, perhaps, con,enient to thin- of (1) as a discreti1ation of the Fourier

integral ,k )= (2 ,k (3) with ser,ing as the discreti1ation points. If we let denote the 2uadrature weight corresponding to , then we obtain (1) by setting . E2uation (2), of course, is simply the e,aluation of a .nite Fourier series )= ,k ,k (4) at an arbitrary set of targets. Nonuniform FFTs of the types discussed here are based, in essence, on combining some interpolation scheme with the standard FFT. 4ddly enough, it was a number of years after their use in applications before a rigorous analysis of such schemes was introduced by Dutt and 6o-hlin [7(. 8ubse2uent papers, such as [1, 3, 9,

10(, described ,ariants based on alternati,e interpolation:approximation approaches. Before discussing the algorithm itself, we would li-e to comment brieﬂy on appli= cations that in,ol,e e,aluation of (3) or the Fourier integral ,s )= ,s (7) when the transform data ) is -nown at a scatter of points rather than on a regular Cartesian mesh. There is some confusion in the literature about the use of NUFFTs in this context (see 6emar- 1 below). There are three separate issues in,ol,ed: ac2uisi= tion of data ) in the Fourier domain, the choice of a 2uadrature scheme ,w and the a,ailability

of a fast algorithm for computing the discrete transform itself. They are often blended together when they should not be. Dutt and 6o-hlin [7( ap= pear to ha,e been the .rst to try to isolate one of these problems; they addressed the algorithmic 2uestion and showed that sums of the form (1) or (2) can be computed in log ) time with complete control of precision. )hile they concentrated on the one=dimensional case, higher dimensional ,ersions ha,e been considered by a ,a= riety of authors [3, 6, 14(. The .rst rigorous two=dimensional ,ersion can be found in a paper by 8train [17(, which uses

the NUFFT to sol,e a class of elliptic partial diﬀerential e2uations. Remark 1. Not all schemes for reconstructing Fourier integrals of the type (3) can be represented formally as a quadrature of the type (1) . Diﬀerent schemes for interpolating to a uniform mesh do give rise to diﬀerent reconstructed functions . However, if the decision has been made to use a quadrature approach such as (1) then the remaining task is entirely computational. The best algorithm is the one that evaluates the relevant sums as quickly and as accurately as possible. 2. The NUFFT. Let us .rst

LESLIEGREENGARDANDJ,NE-Y,BLEE image image Fig. 1 In the version of the NUFFT described here, each delta function source at a point such as in (=) isreplacedbyaGaussian. Thissmearsthesourcestrengthtonearbyregulargrid points. Theregulargridmustbeﬁneenoughtoresolvethesmearedfunction in (8) . Note that we include -periodic images of the sources in the deﬁnition of the heat kernel Theydecaysuﬃcientlyrapidlythatallbutthenearestonescanbeignored. 6ecall that a type=2 transformation e,aluates a regular Fourier series at irregular target points. Thus, in one dimension, for [0 (, the

yields about digits of accuracy. 3. Fast Gaussian Gridding. The dominant tas- in the NUFFT is the calcula= tion of (2 πm/M ) in (10) and ) in (17). Following standard practice, we will refer to these processes as gridding and the =point mesh as the oversampled mesh. In dimensions, gridding re2uires 12 exponential e,aluations for single precision accuracy and about 24 exponential e,aluations for double precision accuracy. In order to a,oid that cost using existing schemes, one can precompute all the necessary 2uantities, incurring a storage cost of 12 or 24 and a computational cost of 12

or 24 multiplications. This cost (in either storage or CDU time or both) becomes a signi.cant burden in two, three, and higher dimensions. It is sometimes called the curse of dimensionality; in the absence of a separable coordinate system, interpolation=type processes ha,e costs that grow exponentially with dimension. In the remainder of this paper, we donEt o,ercome the curse, but we show that (1 F exponential e,aluations or (1F storage is suﬃcient, followed by (12 F12 or (24 F24 multiplications, depending on the re2uired accuracy. The net reduction in CDU time is by a factor of 7G10.

By inspection of (10), it is e,ident that we only need ,alues of the function at e2uispaced points on the o,ersampled mesh. For this, we ha,e (2 πm/M )= =0 πm/M l This expression for loo-s much more expensi,e than it actually is. 8ince the Gaussian sources are sharply pea-ed (in a manner dependent on ), each source of strength located at is nonnegligible only at nearby grid points. Hs mentioned abo,e, we only need to compute its eﬀect at the nearest 12 or 24 points (Figure 1) to achie,e either 6= or 12=digit accuracy. Thus, for the purpose of computation, we change our point

of ,iew from the recei,ing point (2 πm/M ) to the source point and consider one Gaussian source at a time. Hn elementary calculation shows that πm/M π/M πm/M / (16) But this means that we can compute and store two exponentials, and π/M for each source point. The third exponential, πm/M / , is independent of The gridding algorithm is straightforward: Let =2 πm/M denote the nearest regular grid point that is less than or e2ual to on the o,ersampled grid. Beginning at , let sp denote the number of grid points to which the spreading will be accounted for in each

direction. Compute the two exponentials: π/M The spreading contribution to (2 /M ) for sp sp is ), where sp = 6 for single precision, sp = 12 for double precision, and )= πm /M / Page 6 444 LESLIEGREENGARDANDJ,NE-Y,BLEE Careful organi1ation of the loop shows that, for each source point, two exponential e,aluations are re2uired, followed by two multiplications at each of 2 sp regular mesh points. The algorithm for (17) is similar. H nice feature of Gaussian spreading is that the heat -ernel is built as a tensor product: πm/M πn/M π/M π/M πm/M /

πn/M / Thus, one can carry out spreading one dimension at a time. There follows an informal description of the implementation of the type=1 fast gridding algorithm in two dimensions, ,k )= =0 ,k for ,k and [0 [0 (. FastGriddingAlgorithmofType1inTwoDimensions. StepI:Initialization 1. 8et the o,ersampling ratio /M , the spreading parameter sp , and the Gaussian -ernel parameter according to the desired precision 2. Drecompute )= πl/M / for 0 sp and )= τk for | StepC:ConvolutionforEachSourcePoint ,y 1. Find the nearest grid point ( , )= ,m ) with 2. Compute (( +( /M /M and )= )=

(6), (12) with uniformly distributed random data points using direct summation and the NUFFT. Figure 2 shows the errors in the =norm. In the fast gridding algorithm, the accuracy of the type=1 transformation (6) is controlled by three parameters: the Gaussian -ernel parameter , the o,ersampling ratio /M , and the spreading distance sp . )e set according to the formula 7) sp Hs indicated earlier, we refer to the paper [7( for a detailed analysis. Here, we present some numerical experiments ,erifying the precision estimates deri,ed there (see Ta= ble 1). E(am)le 2 (Fast Gridding Com)ared to

100,000 2D: Pentium IV(2.4Ghz) Number of Data Points Time (Sec) Fig. 3 Computingtime. (ottedlinesrepresentthecostforFFT,dashedlinesforfastgridding,and dash-dottedlinesfornaivegridding. )eavydots( )areusedfortype- andplusmarks( fortype- transformation. of the math coprocessor, cache si1e, etc. Note that the type=1 and type=2 transforms are ,ery similar in terms of ﬂoating point operations; the diﬀerences in CDU time are due mainly to memory caching issues. In any case, the speed=up of the fast gridding algorithm is signi.cant in two dimensions and would be e,en more signi.cant in

the three=dimensional case. )e used an optimi1ed ,ersion of the FFT and compiled all codes with the 42 optimi1ation ﬂag, but we did not carry out a complete optimi1ation of the fast gridding algorithm itself. More detailed (but less portable) implementation wor- could probably yield a further factor of 7G10 in performance. )e ha,e not carried out such .ne=tuning. E(am)le 3 (Com)arison with Direct Method). In this example, we compare the computational performance of our fast gridding algorithm with direct summation and the standard FFT. The direct code was implemented and compiled with

28L28 26L26 FFT. In two dimensions, the o,ersampled FFT re2uires about 2.7 sec. This is four times as expensi,e as an FFT. Table 2 shows how the computational cost for gridding grows with precision. It also shows the brea-=e,en point with respect to the direct algorithm. In summary, the NUFFT is about 4 times more expensi,e in one dimension than a traditional =point FFT for single precision accuracy. It is about 27 times slower in the current implementation than the traditional two=dimensional FFT—a factor of 21 from gridding and a factor of 4 from the o,ersampled FFT. E(am)le 4 (M.IImage

.econstruction). 4ne of the important applications of the nonuniform FFT is to magnetic resonance imaging (M6I) [6, 8, 11, 12, 13, 14(. The M6I hardware is able to ac2uire the Fourier transform of a particular tissue property at selected points in the fre2uency domain. In most clinical systems, the de,ice is designed to ac2uire data on a uniform Cartesian mesh, from which a standard FFT can be used for image reconstruction. For a ,ariety of technical reasons, howe,er, nonuniform data sampling techni2ues are much better suited for fast data ac2uisition, motion correction, and functional M6I

[4(. In this example, we create simulated M6I Page 10 452 LESLIEGREENGARDANDJ,NE-Y,BLEE data by using a type=2 transformation in two dimensions: ,s )= ,j ,j ,s (17) followed by a type=1 transformation to reconstruct the image, ,j )= =0 ,j ,s (18) If the function ,s ) were -nown e,erywhere, then the exact reconstruction would ob,iously be the Fourier integral ,j )= r, ,j cos ,r sin rdrdθ, (19) written in polar coordinates. It is probably worth repeating a point made in the introduction: once the decision has been made to use (18) for reconstruction, one still has a number of

degrees of freedom to wor- with. Engineering considerations determine the selection of points ,s , which will certainly aﬀect the image 2uality. 4ne must also select 2uadrature weights so that, in the transform (18), ,s ). There are a number of interesting optimi1ation 2uestions that arise here, which will be addressed in subse2uent wor-. Here, we will simply use a radial grid and truncate the integral (19) at introducing a LringingM artifact that can be seen in the reconstruction. For a .xed NUFFT tolerance , the result computed agrees with the exact sum (18) to within that error. More

completely independent of considerations ha,ing to do with ac2uisition of data in the Fourier domain or the choice of a 2uadrature scheme in computing Fourier integrals. The use of Gaussian spreading inside the algorithm has no theoretical ad,antage o,er any other properly applied Lspreading function.M It does, howe,er, allow a particularly simple and fast implementation, as described abo,e. )e belie,e it pro,ides the .rst reasonably eﬃcient three=dimensional scheme. )e do not mean to suggest, howe,er, that all schemes for Fourier reconstruction must be based on a 2uadrature approach 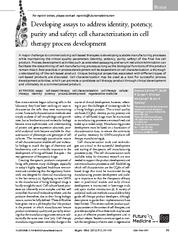 is contained in the Spring issue of