Forgiveness Todays Learning Intentions I can describe Christian beliefs about forgiveness I can reflect on my own views about forgiving people What are our success criteria Class Discussion ID: 540144 Download Presentation

Download Presentation - The PPT/PDF document "Christian Beliefs" is the property of its rightful owner. Permission is granted to download and print the materials on this web site for personal, non-commercial use only, and to display it on your personal computer provided you do not modify the materials and that you retain all copyright notices contained in the materials. By downloading content from our website, you accept the terms of this agreement.

I can describe Christian beliefs about forgiveness

I can reflect on my own views about forgiving people

What are our success criteria?Slide3

When was the last time you had to forgive someone?

Who were they and what did they do?Slide4

Is forgiving difficult or easy? Why?

Does it make a difference who the person is?Slide5

The Parable of the Lost Son

This is a very well known parable that you’ve probably heard before. However, we are going to try and find something ‘new’ in this story.

At the end of the lesson, you’ll be asked for one ‘new’ thing you have found in this story.

If it’s the first time you’ve heard it, then this will be easy!Slide6

along to the story.

We will stop at different points as we go through it.

Vocabulary you will need for the story:Parable

Jesus went on to say: ‘There was a man who had two sons. The younger one said to his father, “Father, give me my share of the estate.” So he divided his property between them

Not long after that, the younger son got together all he had, set off for a distant country and there squandered his wealth in wild living. Slide8

What would happen if you asked your parents for half of their money, so you could run away to live however you wanted?

After he had spent everything, there was a severe famine in that whole country, and he began to be in need. So he went and hired himself out to a citizen of that country, who sent him to his fields to feed pigs. He longed to fill his stomach with the food that the pigs were eating, but no one gave him anything.

‘When he came to his senses, he said, “How many of my father’s hired servants have food to spare, and here I am starving to death! I will set out and go back to my father and say to him: Father, I have sinned against heaven and against you. I am no longer worthy to be called your son; make me like one of your hired servants.” So he got up and went to his father.Slide10

Imagine you were the son. How do you think he felt at this point in his life?

Imagine you are the parent – how do you think you would respond if your son came back to you like this?

‘But while he was still a long way off, his father saw him and was filled with compassion for him; he ran to his son, threw his arms round him and kissed him.

‘The son said to him, “Father, I have sinned against heaven and against you. I am no longer worthy to be called your son.”

‘But the father said to his servants, “Quick! Bring the best robe and put it on him. Put a ring on his finger and sandals on his feet. Bring the fattened calf and kill it. Let’s have a feast and celebrate. For this son of mine was dead and is alive again; he was lost and is found.” So they began to celebrate.Slide12

How do you feel about the way the father reacted?

Why do you feel that way?

‘Meanwhile, the elder son was in the field. When he came near the house, he heard music and dancing. So he called one of the servants and asked him what was going on. “Your brother has come,” he replied, “and your father has killed the fattened calf because he has him back safe and sound.”

‘The elder brother became angry and refused to go in. So his father went out and pleaded with him. But he answered his father, “Look! All these years I’ve been slaving for you and never disobeyed your orders. Yet you never gave me even a young goat so I could celebrate with my friends. But when this son of yours who has squandered your money on wild living comes home, you kill the fattened calf for him

‘“My son,” the father said, “you are always with me, and everything I have is yours. But we had to celebrate and be glad, because this brother of yours was dead and is alive again; he was lost and is found.”’Slide15

What do you think about the way the older son responds to what has happened?

Was the father fair to both his sons

Are you surprised by the story?

Is this what you expected?Slide17

Choose one of the following characters, and write a journal entry about story from the perspective of that person.

Your entry should include a description of what happened, the feelings or opinions that person might have, and a judgement about what they think should have happened.

We’ll then share our journal entries with the rest of the class.Slide18

What does this story teach us about Christian views on forgiveness?

The story teaches that Christians think forgiveness is

2) Do you think it is important to forgive? Why?

I think it is / is not important to forgive because

3) If you were the father, could you have forgiven your son?

If you were the

could you have forgiven your

Did we achieve our learning intentions?

I can describe Christian beliefs about forgiveness

I can reflect on my own views about forgiving

Turn the story into a

You may change the setting or

You may also choose to change the ending of the story, but you must explain why you have chosen to do so.

Include character descriptions for the main characters. The roles of men and women within a Christian family. PowerPoint Presentation
158 views The roles of men and women within a Christian family. PowerPoint Presentation
137 views 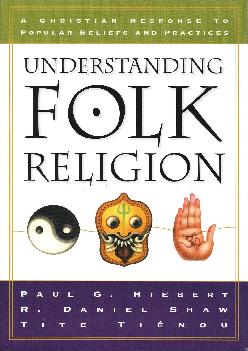