DownloadNote - The PPT/PDF document "Maiden Lane Suite New York NY www" is the property of its rightful owner. Permission is granted to download and print the materials on this web site for personal, non-commercial use only, and to display it on your personal computer provided you do not modify the materials and that you retain all copyright notices contained in the materials. By downloading content from our website, you accept the terms of this agreement.

Page 1 75 Maiden Lane, Suite 601, New York, NY 10038 212 285 3025 www.nelp.org National Employment Law Project FOR IMMEDIATE RELEASE: April 30, 2014 CONTACT: Emma Stieglitz, emmaS@berlinrosen.co , (646) 200 5307 n the Republican ed ilibuster of inimum age Legislation in the Senate Statement of Christine Owens, Executive Director of the National Employment Law Project d partisan majority of Senators 55 stood with the vast majority of Americans more than 70 percent in support of raising the minimum wage and in defense of one of our core values: family. Unfortunately, a minority group of Sena tors all Republicans have sided with their big business supporters and cravenly used the filibuster to deny Americans the raise they deserve. meet. Fifte en million working women will continue to toil for wages worth less now than when Richard Nixon took office. Fourteen million children will continue to wonder why their parents work so hard and are gone so long but earn so little. And all of us will needle ssly continue to absorb the costs of billions of dollars in public assistance for the working poor and an economy not operating at its full potential. ' or down, simple majority vote, there is little question that the Harkin Miller bill to rai se the federal minimum wage to $10.10 with automatic cost of living adjustments and a pay increase for tipped workers would pass both houses of Congress. For most Americans including 57 percent of small business owners paying people enough money so they ca n stay out of poverty and contribute But for 46 Senators more in touch with their well heeled contributors than the daily lives of their constituents, it is an ideological line in the sand. / a hopeful sign that while Congress dithers, cities and states around the country have heeded the W Maryland and Connecticut have already passed increases to $10 this year, with Vermont, Massachusetts, Hawaii, and cities like Seattle slated to join them in the coming weeks. But America is facing a national wage crisis, and it demands a national response. With low wage occupations accounting for a far larger proportion of jobs created in the recovery than those lost during the recession, we are increasingly a low pay nation. And the situation is worsening: with prices rising, every week that Congress fails to act represents a pay cut for millions of Americans. d But it is a crucial first step toward reversing decades of wage stagnation, stanching the corrosive spread of economic inequality, and re establishing an economy that works for all of us, not just the wealthy few. It is time to hold those who Page 2 stand in the way of its passage accountable. And opponents of the minimum wage need to know that this is not the end of the fight, but the first step in a campaign that will not stop until we raise ### Christine Owens is the Executive Director of the National Employment Law Project , a non partisan, not for profit organization that conducts research and advocates on issues affecting low wage and unemployed workers. For more about NELP, visit www.nelp.org or www.raisetheminimumwage.org . 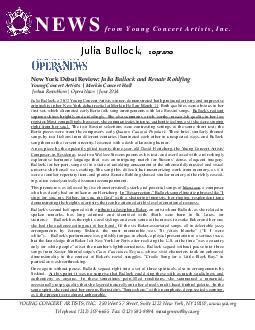