By Elyna And Chloe. Climate and Temperature . The climate of the marine biome is mostly varied. Since it is the largest biome in the world, the climate varies from -40 degrees fahreheit to over 100 degrees. The average temperature is 39 degrees fahrenheit, but it is warmer near the equator where th.... ID: 513229 Download Presentation


Download Presentation - The PPT/PDF document "Saltwater Biome" is the property of its rightful owner. Permission is granted to download and print the materials on this web site for personal, non-commercial use only, and to display it on your personal computer provided you do not modify the materials and that you retain all copyright notices contained in the materials. By downloading content from our website, you accept the terms of this agreement. 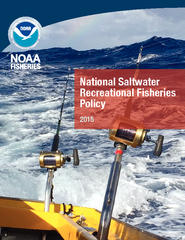 A World of Water By Elyna And Chloe

The climate of the marine biome is mostly varied. Since it is the largest biome in the world, the climate varies from -40 degrees fahreheit to over 100 degrees. The average temperature is 39 degrees fahrenheit, but it is warmer near the equator where the direct rays of sun can pierce the water and warm it. The coldest is in the north and south poles, where the water is close to freezing if not frozen (Glaciers). Also, the deeper the ocean is, the colder the water will be because the sunlight isn't directly piercing it.

At 36, 200 feet deep, the Mariana Trench is the deepest part of the ocean biome.

The starfish, or sea star (Asteroidea), uses sea water, as opposed to blood, to pump nutrients through its body. Without hemoglobinous content, the sea star will never bleed to death. Another of the sea star's adaptations is a unique ability to regenerate body parts. If a sea star loses a limb, a new one will grow in its place. It's able to accomplish this because all of the sea star's major organs are housed in the limbs. In some cases, the entire sea star is replenished from a single appendage. Sea stars have a distinct dietary advantage over other denizens of the sea. Sea stars can unhinge their stomachs out through their mouths, seep it into the crack of a clam, ingest the bivalve mollusk, ooze the stomach back through its throat and digest the meal.

Ocean plants have adapted to the salinity by breaking down salt into chlorine and sodium ions. Some plants store the salt and later dispose it via their respiratory process. Many plants live close to the seashore and they may have succulent leaves where they store water in the leaves. The plants use the water to dilute the saltwater concentration. Reducing the leaf surface is another way of adapting to the condition in a saltwater biome. Marsh grass extracts the salt and you can see white salt crystals on its leaves

the marine biome is the biggest biome in the world! It covers about 70% of the earth. It includes five main oceans: the Pacific, Atlantic, Indian, Arctic, and Southern, as well as many smaller Gulfs and Bays. Marine regions are usually very salty! There is about one cup of salt per gallon of water in the ocean.

The ocean is divided up into three vertical zones. The top layer is called the euphotic zone and it is the area of the ocean where light can penetrate. The next layer is the disphotic zone. This area is too deep for lots of light to reach. Instead, the light here looks like our twilight on land. The deepest part of the ocean is called the aphotic zone, or deep sea. The water here is awfully cold, completely dark, and low in nutritional content. The deep sea comprises 80% of all the habitats on earth, which makes it the largest habitat on the planet.