The Camden Principles: on the relationship between freedom of expression and equalityFreedom of Peaceful Assembly and “anti-propaganda” lawsUN Human Rights Council

The threshold for incitement: 6 factors

The rights to freedom of expression and equality are mutually reinforcing rights:

employed by LGBTI people as

a mechanism of self-protection.

Furthers vulnerability to rights violations and deprives all people of access to information.

2. Equality and freedom of expressionSlide5

A broad concept: All

other forms of hatred

Stereotyping of ethnicity combined with its

100 leaflets distributed by nationalist group, without the school’s consent, into the lockers of students.

Fundamental but not absolute. Three part test“Embraces even expression that may be regarded as deeply offensive.”

the respect of the rights or privacy of others;

7. Limiting the right to freedom

of national, racial or religious hatred that constitutes incitement to discrimination

v Canada (2000)Complaint was brought by a teacher who lost his job (administrative sanction) for anti-Semitic speech repeated outside of school on radio shows and in book.Relevant factors:Content: but not in isolationIntent: Distinction between questioning the validity of Jewish beliefs and

teaching/advocating “to hold those of the Jewish faith and ancestry in contempt.” The distinction between critical discussion and advocating contempt against a group appears to be crucial to the finding of no

Position of the proponent of the expression in society

Causality: “It was reasonable to anticipate that there was a causal link between the expressions of the author and the ‘poisoned school environment’ experienced by the Jewish children in the school district.”

No provision obliges states to prohibit certain forms of expression, but some speech falls outside of the convention’s protection (Article 17), or may be restricted under Article 10(2).

Two approaches in jurisprudence:Article 17Article 10(2)Four elements: was the right interfered with? was the interference prescribed by law? Did it

pursue a legitimate aim set out in Article 10 (2)? And was it necessary in a democratic society to achieve that aim?

Under Article 10(2) the case law has demonstrated the following factors as important:

Intent of the expression: important in media cases

Content of the expression: ECHR reluctant to limit “political discourse or matters in the public interest”, “expression of a religious nature”, “statements of fact and value judgments”

Status of the speaker: in the society; politician or teacher, journalists

Status of persons: targeted by the remarks

Form of dissemination: through media or leaflets on a large scale, is it art or satire?

Context of speech: counterbalanced with others

Did not apply Article 17, although note concurrence of Judge Yudkivska and Judge Villiger. Unanimous that there was no Article 10 violation:There was an interference with the right to freedom of expression.

Swedish Penal Code 16.8 “provided by law”Pursues a legitimate aim: protection of the rights of others. “Threatened or expressed contempt towards”.

Applied margin of appreciation. Were factors considered by the Swedish Court “relevant and sufficient”.

Majority judgment doesn’t clarify the “threshold” for legitimate prohibitionsTwo concurring opinions agreed with the outcome and use of Article 10 (2), but stressed the Court should have considered:

Intent of the proponentContent of the expressionContextProportionality: fines of Euro 200 – 2,000. Custodial sentences up to 2 years available but not considered.12.

Committee of Ministers Recommendation No. R (1997

”; Recommendation on measures to combat discrimination on the grounds of sexual orientation or gender

Criminal sanctions for the advocacy of hatred that constitutes incitementArticle 20 (2) ICCPR14. Three Tier Response to

Role of an independent, pluralistic, and self-regulated media

Guarantee the right to freedom of expressionDefinitions:

: state of mind characterised as “intense

intense and irrational emotions of opprobrium, enmity and detestation towards the target

any distinction, exclusion, restriction or preference based

, sexual orientation] which has the purpose or effect of nullifying or impairing the recognition, enjoyment or exercise, on an equal footing, of human rights and fundamental freedoms in the political, economic, social, cultural or any other field of public life.

Violence – intentional physical force/power that results in or has a high likelihood of resulting in injury, death, psychological harm,

of the expression in broader societal context of the speech.Intent:

in a position of authority and exercising that authority.

: form and subject matter of expression, tone and style.

Extent of the expression

of harm, including imminence:

probability of discrimination, hostility or violence as a result of the expression.

Need to mechanisms to support victims (including legal aid)

Getting the victims voices heardSlide21

Formal codes of conduct for politicians, public officials and civil servants (including teachers): public officials at all levels should avoid as far as possible making statements that promote discrimination or undermine

equality. An order to issue a public apology or correction Public service

broadcasters: a framework for administrative sanctions may support the obligation to avoid negative stereotypes of individuals and groups. Require

obligation to issue an apology, correction or to provide a right of reply; to allocate broadcasting time to advertising the outcome of an administrative decision; or the imposition of fines.

Must be considered as a last resort and only for the

most severe forms of incitement.The principles of necessity and proportionality must guide decision to prosecute and sentencing.There must be training on incitement standards, particularly among the judiciary

Download Presentation - The PPT/PDF document "Freedom of Expression" is the property of its rightful owner. Permission is granted to download and print the materials on this web site for personal, non-commercial use only, and to display it on your personal computer provided you do not modify the materials and that you retain all copyright notices contained in the materials. By downloading content from our website, you accept the terms of this agreement. “What is freedom of expression? Without the freedom to of - PDF Slides 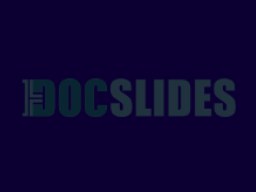 Report of the Committee on Freedom of Expression - PDF Slides